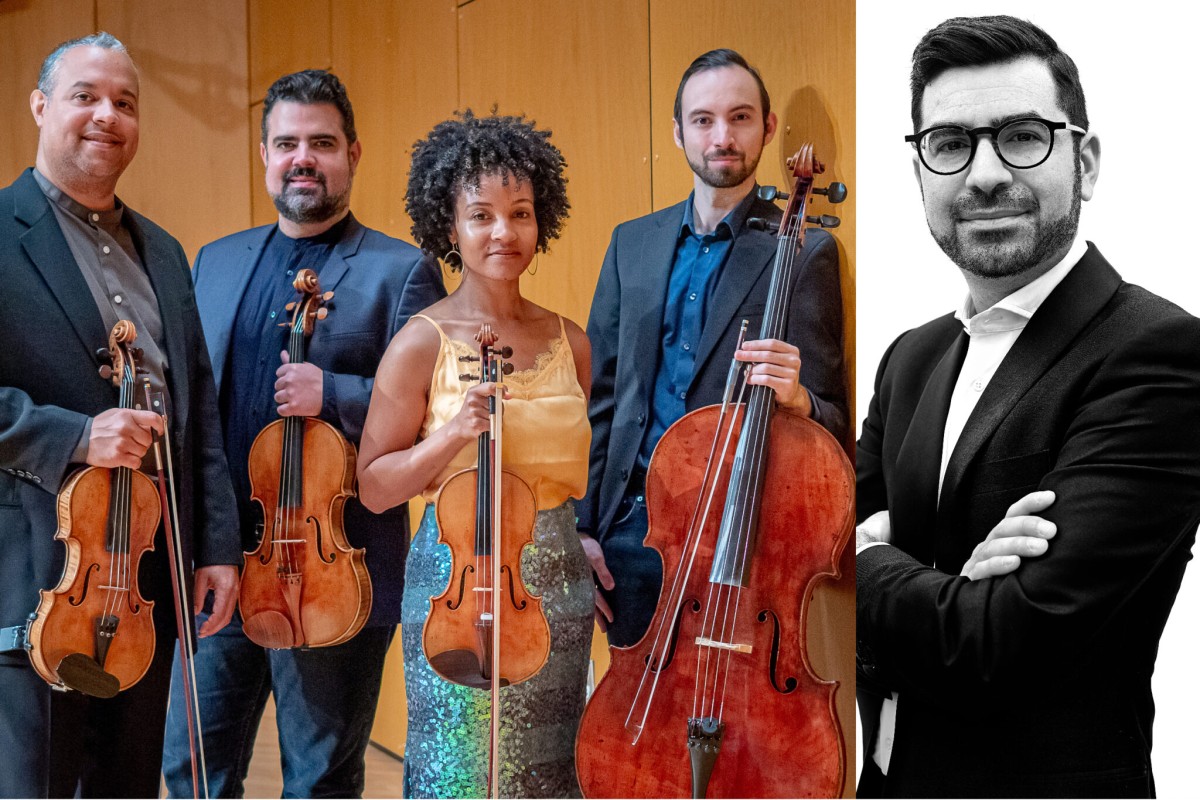 Harlem Quartet advances diversity in classical music while engaging new audiences with varied repertoire that includes works by minority composers. Their mission to share their passion with a wider audience has taken them around the world; from a 2009 performance at The White House for President Obama and First Lady, Michelle Obama, to a highly successful tour of South Africa in 2012, and numerous venues in between. The musically versatile ensemble has performed with such distinguished artists as Itzhak Perlman, Ida Kavafian, Carter Brey, Fred Sherry, Misha Dichter, Jeremy Denk, and Paquito D’Rivera. The quartet also collaborated with jazz masters Chick Corea and Gary Burton on the album Hot House, a 2013 multi-Grammy Award winning release.

Michael Brown has been hailed by The New York Times as “one of the leading figures in the current renaissance of performer-composers.” His artistry is shaped by his creative voice as a pianist and composer, praised for his “fearless performances” (The New York Times) and “exceptionally beautiful” compositions (The Washington Post).