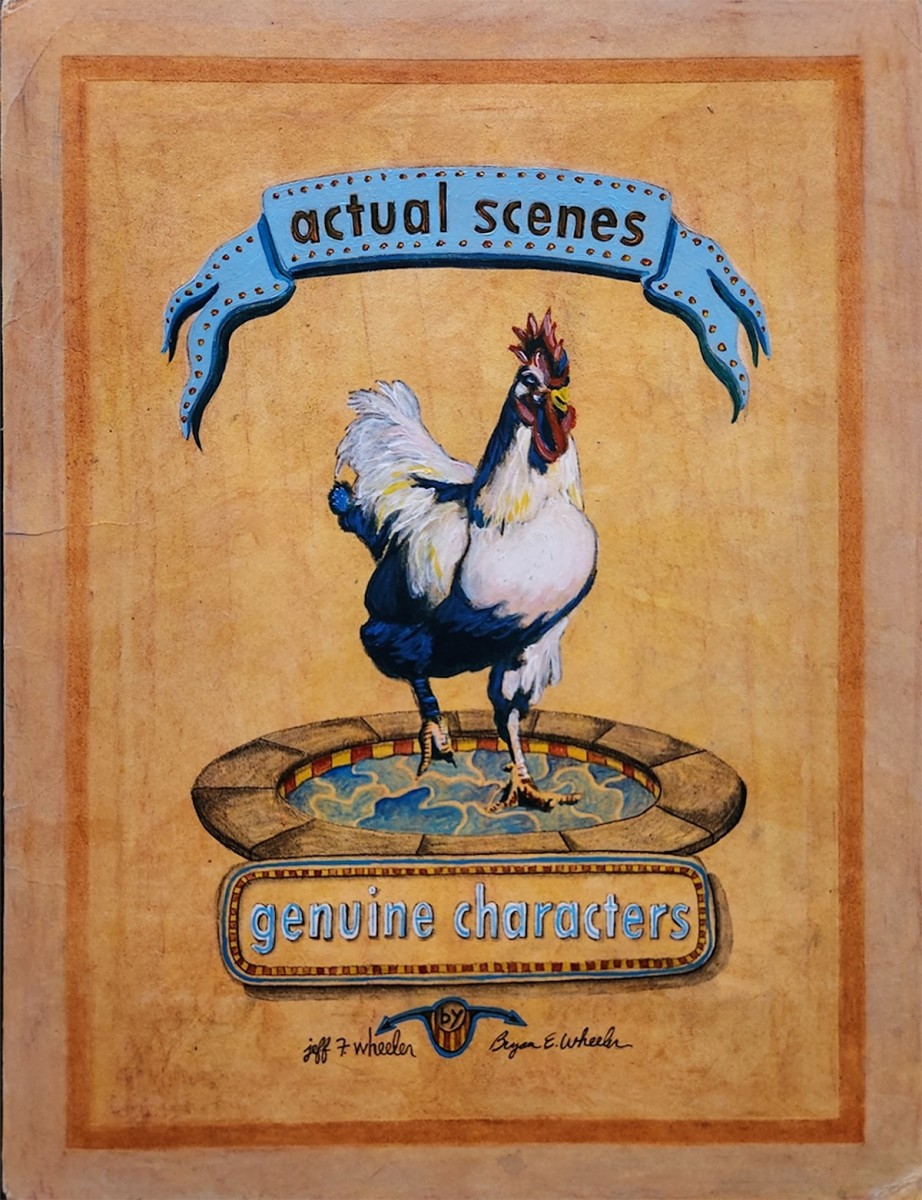 THE MAC is pleased to announce Actual Scenes/Genuine Characters – an exhibition of new work from the Wheeler Brothers. The exhibition will be on view January 14 — February 11, 2023, at the gallery’s main location, 1503 S. Ervay Street. An opening reception will be held Saturday, January 14 from 6 – 9 PM. The MAC is open weekly, Wednesday through Saturday, 12 – 5 PM.

The Wheeler Brother’s newest exhibition, Actual Scenes/Genuine Characters offers a fresh look at the brothers’ sardonic reflections on American pop culture and mythologies surrounding the Texan west. In addition to a varied selection of their individual works, the exhibition features never-before-seen collaborative drawings and paintings between the brothers.

At the MAC, Bryan and Jeff Wheeler explore the iconographies of advertisement and mid-century Americana. The brothers’ collaborative works blend their respective styles in witty mixed-media collages. Works like “Now Even Fresher,” (2010) superimpose a mob of words, images and figures onto recognizably Texan landscapes—through this cacophony of references, the brothers’ incisive commentary unravels the mythos underlying our contemporary moment. Bringing together decades of their work, Actual Scenes/Genuine Characters, highlights the Wheeler brother’s indelible contribution to contemporary Texan art.

Originally from the panhandle of West Texas, the Wheeler Brothers (Jeff and Bryan) emerged on to the Texas art scene in the late 1990s with their irreverent, “meta-regionalist” paintings, drawings, sculptures and music. Since then, they have become fixtures, regularly exhibiting and curating exhibitions across the state, nationally and internationally. They have also collaborated with many of the biggest names in Texas art. Many will recognize them through Ulterior Motifs, a series of ongoing exhibitions / happenings they have organized since the early 2000s. This series has featured Texas artists such as (among many others) James Surls, Trenton Doyle Hancock, Ed and Nancy Kienholz, and The Art Guys.

Currently, Jeff lives and works in San Antonio, where, in addition to creating public murals, and the works seen here, he is the founder and director of C7 Gallery and co-founder and curator of the Echo Bridge Concert Series. Bryan maintains his studio in Lubbock, where he also records and produces music with his band, Los Sonsabitches, and is a lecturer at Texas Tech University.

Founded in 1994, The MAC is a 501(c)(3) nonprofit arts organization that stands as an advocate for creative freedom and visual art in all its forms. It supports emerging-to-established local, regional and international artists by offering the opportunity for experimentation and by facilitating a forum for critical dialogue, while promoting inclusivity and diversity as core values.

The MAC is located in the single-story baby blue building at the corner of Ervay and Sullivan next door to Ro2 Art. Parking is available behind the gallery off Sullivan St. and on the street.