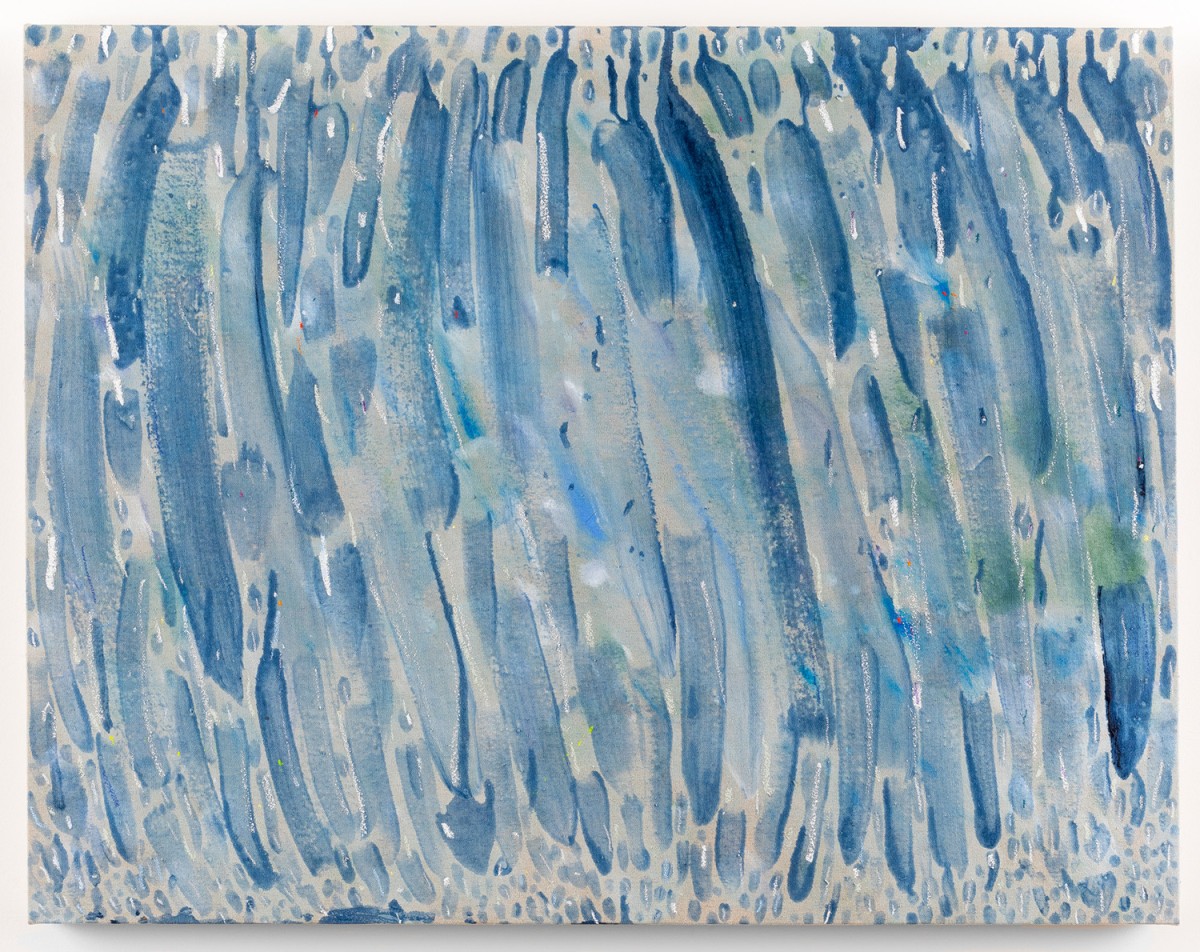 Riepenhoff is the co-founder and director of The Green Gallery in his hometown of Milwaukee. The gallery operates as a site for community engagement through hosting contemporary art exhibitions, performances, screenings, gatherings around beer and food, and more. In addition to these operations, Riepenhoff maintains a studio practice. In recent years this entails painting in the night hours, often while away from home. The paintings in this series began as single-session undertakings, capturing gestural impressions of the night sky around the world. They have evolved to multi-evening endeavors that fixate on the Midwestern sky outside of his studio.

Riepenhoff produced the works in Scene Painters’ Almanac between the summer and early winter of 2022. Oil paint allows for rich layering and nuanced depth as up to a week’s worth of nights are captured on a given painting. Bright pinks, yellows, and oranges form the underpaintings of canvases that present various shades of blue. The long days of summer give way to the long nights of winter, reflected in the transition from soft pastels to deep midnight hues. Throughout, Riepenhoff’s range of mark making produces picture planes that construct a nuance equal to his subject while not necessarily being representative of it. One exception is found in Place (2022), which captures a roaring fireplace in a nod to a primeval hearth, a source of light and warmth more proximate than the celestial subject of these painting sessions.

The series has roots in the Naturalism of the nineteenth century and embraces the styles of Impressionism. The presence of the painter recedes into the complexity of nature, the depth of night expelling the ego. Like the light from space that takes millenia to reach one’s eye, these works slowly reveal themselves as traces of temporal history.