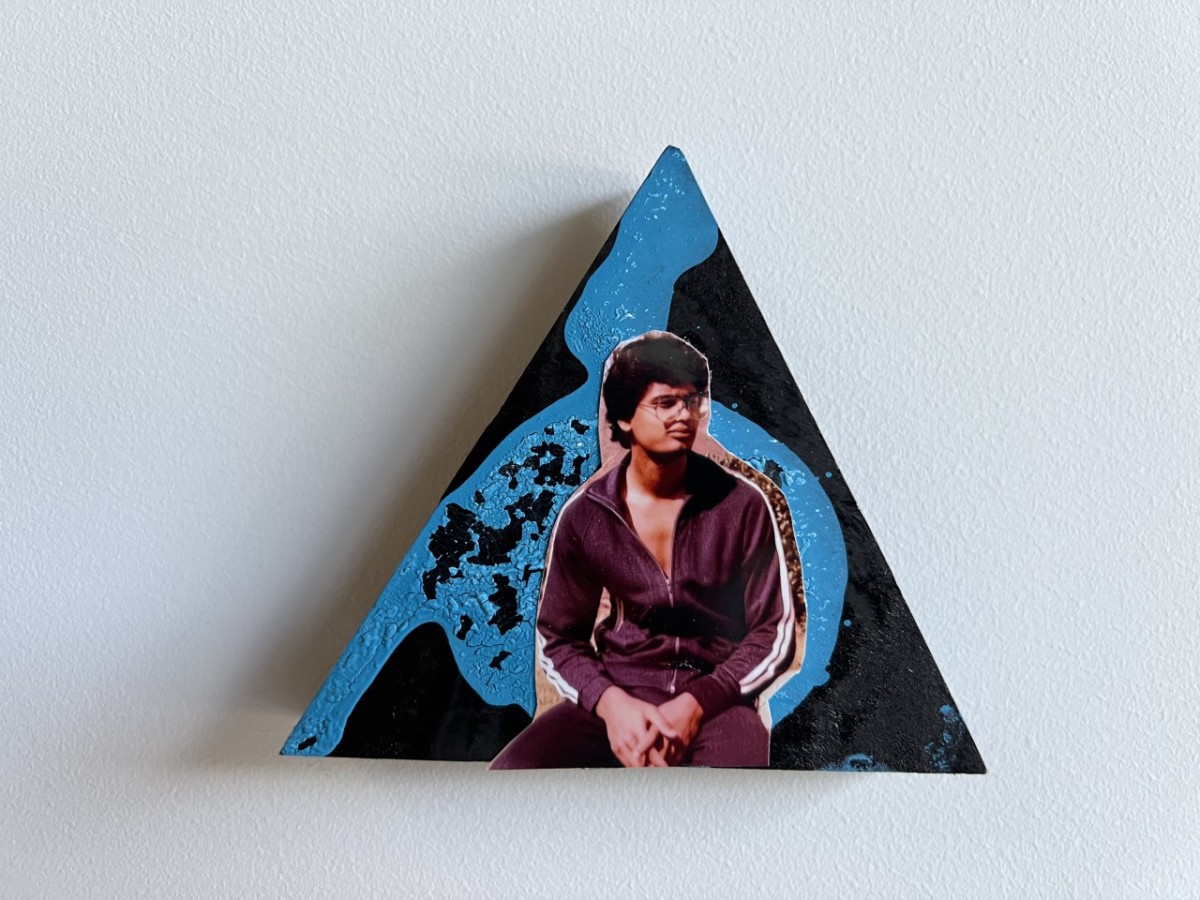 In Punjabi Cowboy, Khalid pays homage to immigrant fathers, who like his own, move their families in search of opportunity.  The paintings layered with collaged photographs and fabrics “touch on pivotal moments in his father’s life”. Tender in their execution, they embody the bond he has to Pakistan.  His sculptural self-portraits further explore his Pakistani identity and the complex relationship to one’s homeland.

Unbound from working in the traditional mediums of art, Khalid began implementing cooking and social gatherings into his work as a graduate student.  Alongside his exhibition of paintings and sculpture, Khalid will organize a communal gathering centered around Punjabi BBQ to coincide with the reception. Punjabi BBQ has its own identity fusing Texas brisket with Punjabi spices.  Exploring the dichotomy of his identity as a Pakistani-American through food, Khalid feels he can “recall the joy of past family gatherings and bring a humanitarian aspect to his work”.  It is an honoring of his father, his specific identity, and that of his homeland.

Usama Khalid was born in Lahore, Pakistan in 1993, and raised in North Texas. He spent every summer in Pakistan through his childhood and teenage years. He received his BFA in painting from the University of Texas at Arlington in 2018, and his MFA in Intermedia from Southern Methodist University in 2021.  Usama has presented his work in exhibitions, cookouts, and other events at the Dallas Museum of Art, SweetPass Sculpture Park, 500X Gallery and the Oak Cliff Cultural Center. He lives in Dallas, Texas with his fiancé, and three dogs.