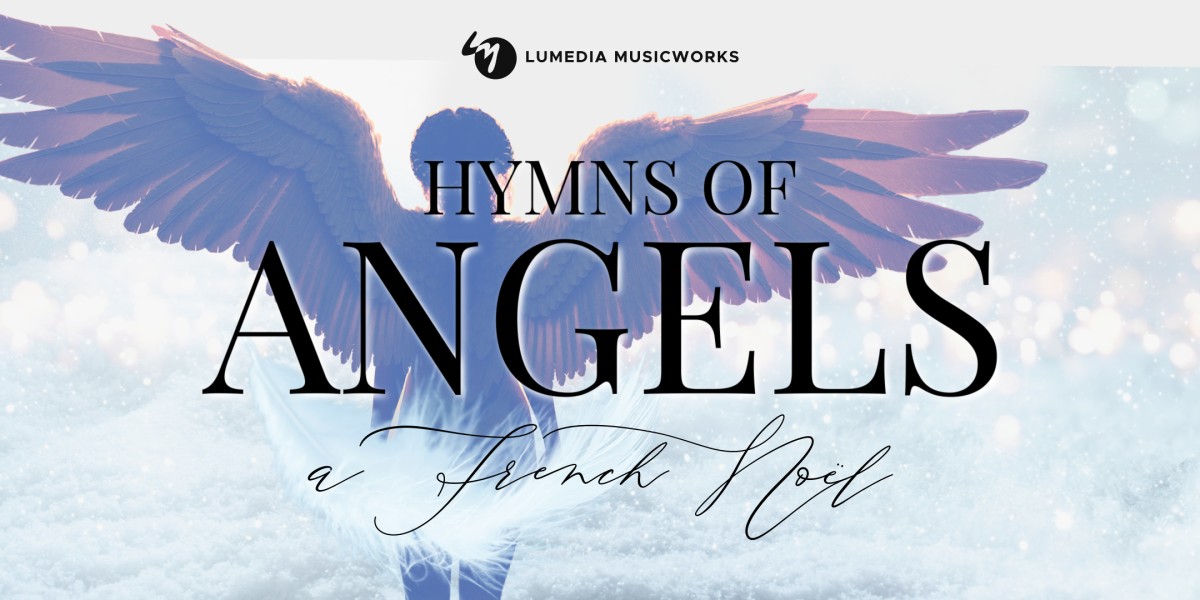 Conveying the wonder of the season, as sung by angels and told by shepherds, Lumedia Musicworks presents a live concert inspired by traditional French carols on Friday, December 2 in Arlington, and Saturday, December 3 in Dallas, at 7:30 pm. Tickets are $30.

DALLAS - Lumedia Musicworks ushers in the Christmas spirit with French holiday tunes from the baroque era. The ensemble will perform Hymns of Angels live on two consecutive nights in both Arlington and Dallas. Typical to Lumedia’s style of programming, tightly-knit sets of repertoire from the 17th and 18th centuries carry the audience through a moving and celebratory hour-long musical experience.

Various French composers wrote their own versions of these traditional songs, including both vocal and instrumental versions. Soprano Jenifer Thyssen of Austin joins Artistic Director and soprano Julianna Emanski in both these pastoral carols and select liturgical pieces. Viktoria Nihznik, who recently relocated to Fort Worth from Finland, contributes the magical shimmering sounds of the kantele, a rarely-heard Finnish plucked string instrument. The ensemble performs on instruments that are historical reproductions from the 16th-18th centuries.

“Although we are in our sixth season, we are particularly thrilled to be presenting our first Christmas concert,” said Emanski. “We created a beautiful digital version of Hymns of Angels during the pandemic two years ago. It’s time to perform a full-length live concert version in the appropriate acoustical and spiritual setting.”

Lumedia Musicworks is a 501(c)3 non-profit performing arts organization committed to presenting early classical music in creative ways. Lumedia produces short films and live concerts among other mediums. Its short films have won national and international awards. Lumedia attracts fans from as far away as Europe, South Africa and Australia.