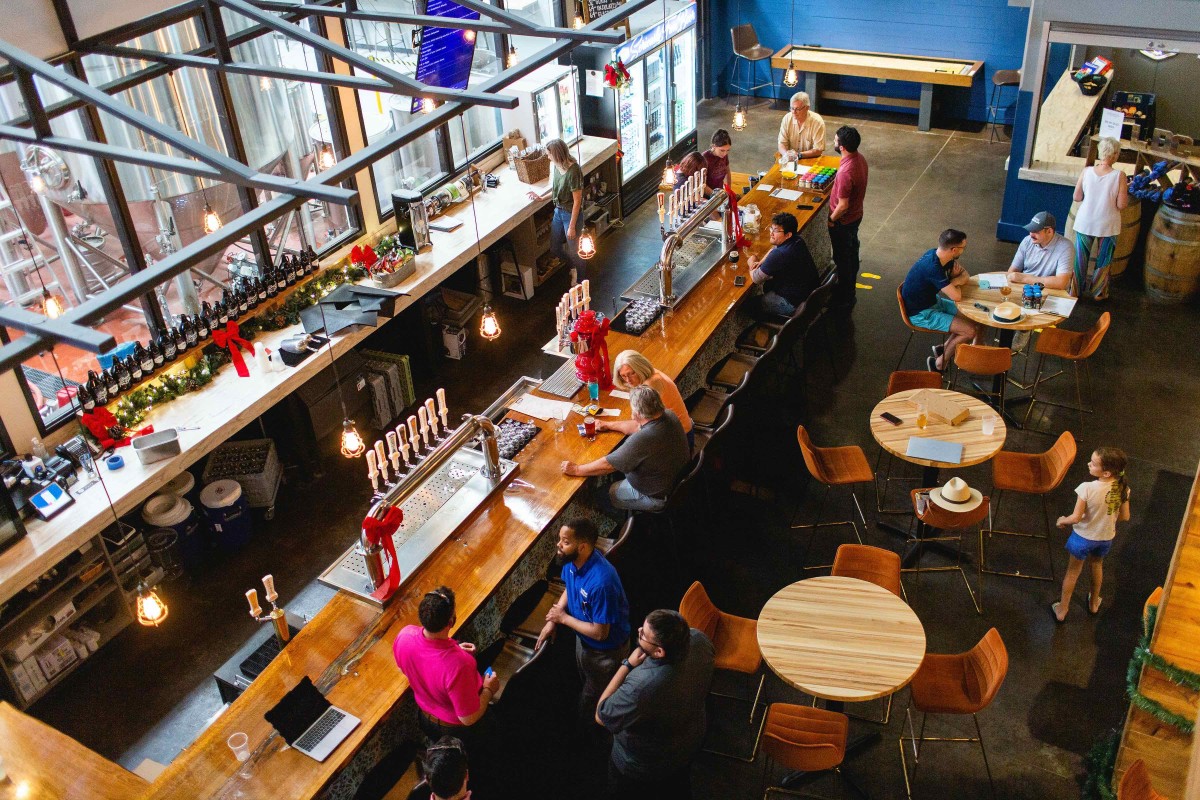 WHAT: America’s Pub Quiz is back on Wednesday nights at Lakewood Brewing Co. as the best live-hosted trivia show brings its free quiz nights to the North Dallas brewery and taproom. Dallas’ own maker of the number one craft milk stout in Texas will be pouring their current lineup of fall and winter beers ranging from seasonal favorite, Punkel, to Salted Caramel Temptress, and the new NuTempress. Most of Lakewood’s current line-up is available not only at the Taproom, but also on shelves statewide.
The North Texas brewery and taproom recently opened its first-ever kitchen featuring appetizers, salads, sandwiches, flatbread pizzas, and sweets, many that have tastes of Lakewood fan favorite beers. Lakewood, which just celebrated 10 years of making Seriously Fun Beer, also recently updated its sweeping covered outdoor beergarden and added new booths, seating and murals throughout. Their new “Lakewood Loft” is a speakeasy-inspired private event space with a bird’s eye view of Lakewood’s massive tanks below.

MORE: Lakewood Brewing Company is a family-owned, independent craft brewery and kitchen that makes Seriously Fun Beer that goes great with its seriously good food. Lakewood exploded onto the DFW brewing scene in 2012 and became famous for its Temptress Imperial Milk Stout, which is now the best-selling craft stout in Texas. Its diverse beer portfolio includes year-round, seasonal, and limited barrel-aged and sour beers.