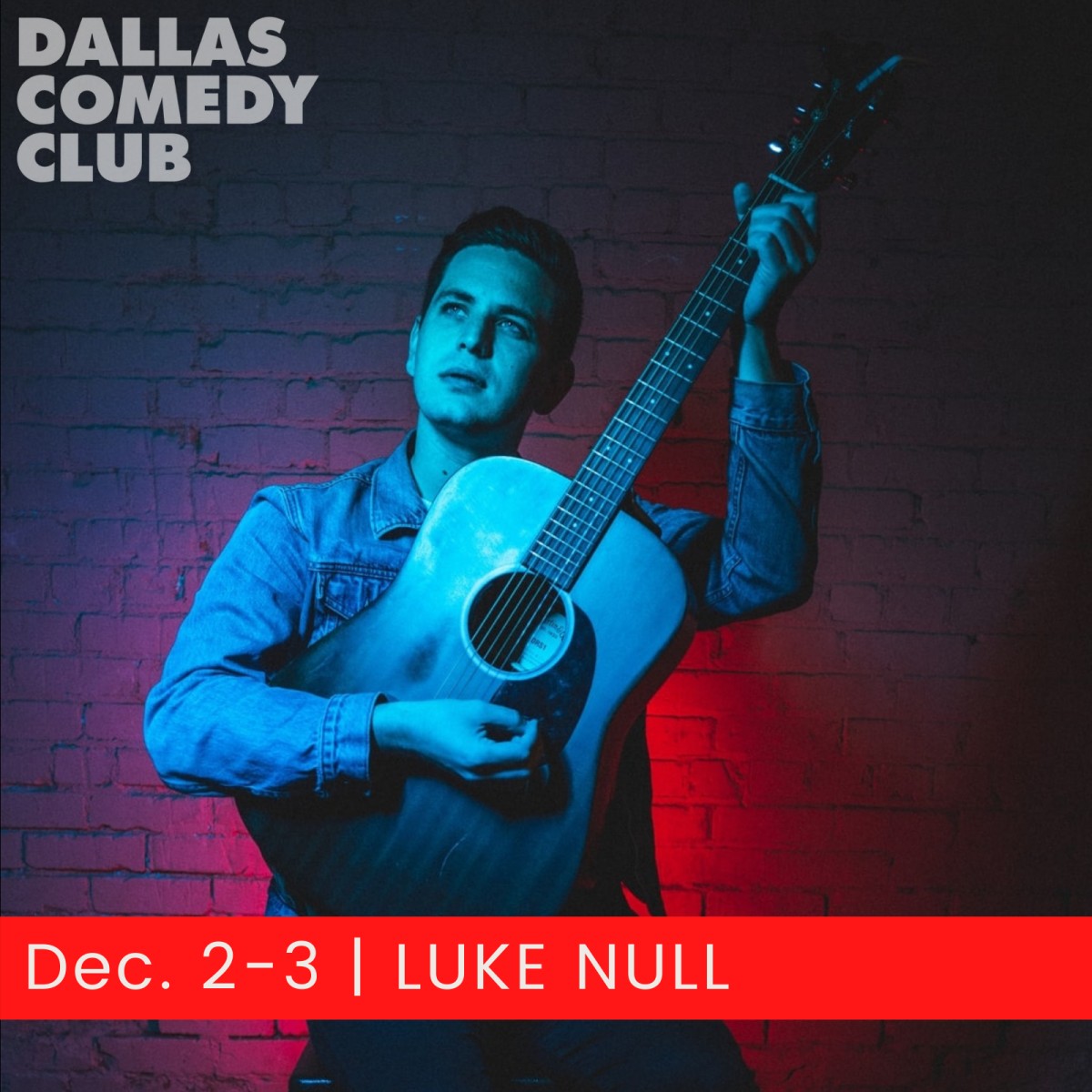 You've seen him on SNL! Don't miss your chance to see Luke Null LIVE at Dallas Comedy Club, Dec. 2-3! Luke Null began performing comedy during his time at Ohio University in Athens, OH. After college, he moved to Chicago and cut his teeth at venues all over the city. He was a regular at the iO Theater, The Annoyance and The Shithole. After a year in New York as a cast member on SNL, Luke moved to LA and now performs standup comedy across the country. He released a live standup album entitled “Guitar Comic” in 2019 through 800 Pound Gorilla Records.