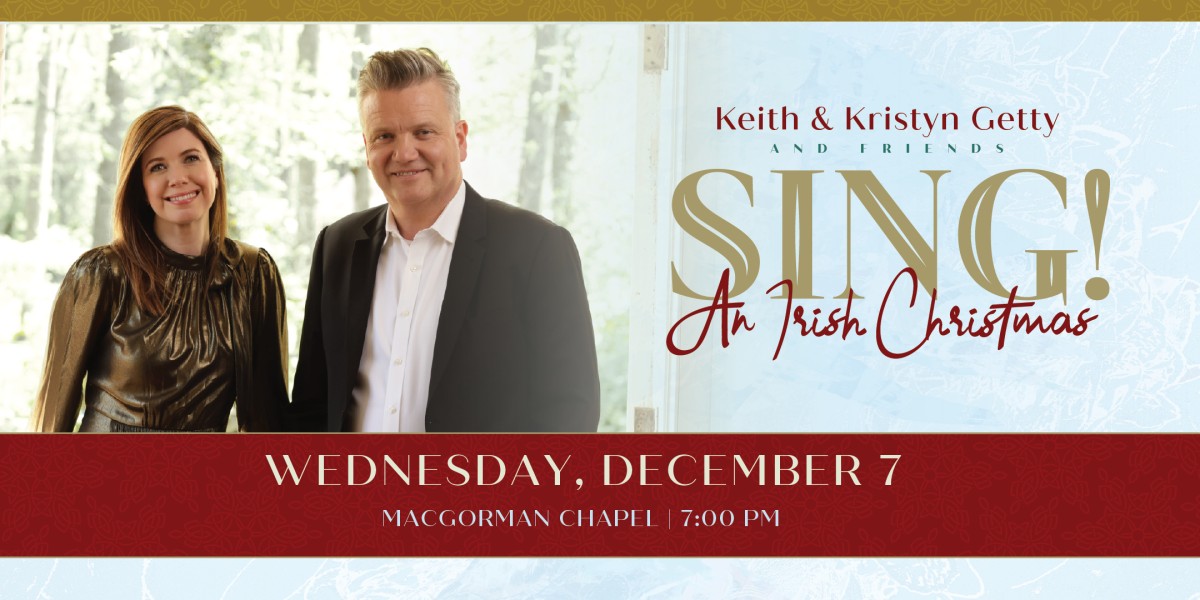 Sing! An Irish Christmas with Keith and Kristyn Getty

Join Ireland's own Keith & Kristyn Getty, known for modern hymns and carols such as In Christ Alone, for their annual tour of Sing! An Irish Christmas. Previously featured to millions of households internationally on public television, the BBC, and the Trinity Broadcasting Network, this year’s Christmas tour will feature brand new songs from Keith & Kristyn Getty, along with many of the traditional Christmas carols you and your family have come to know and love.

Come sing along with Keith & Kristyn and special guests for an evening that unites tradition and innovation in a vibrant celebration of the season!