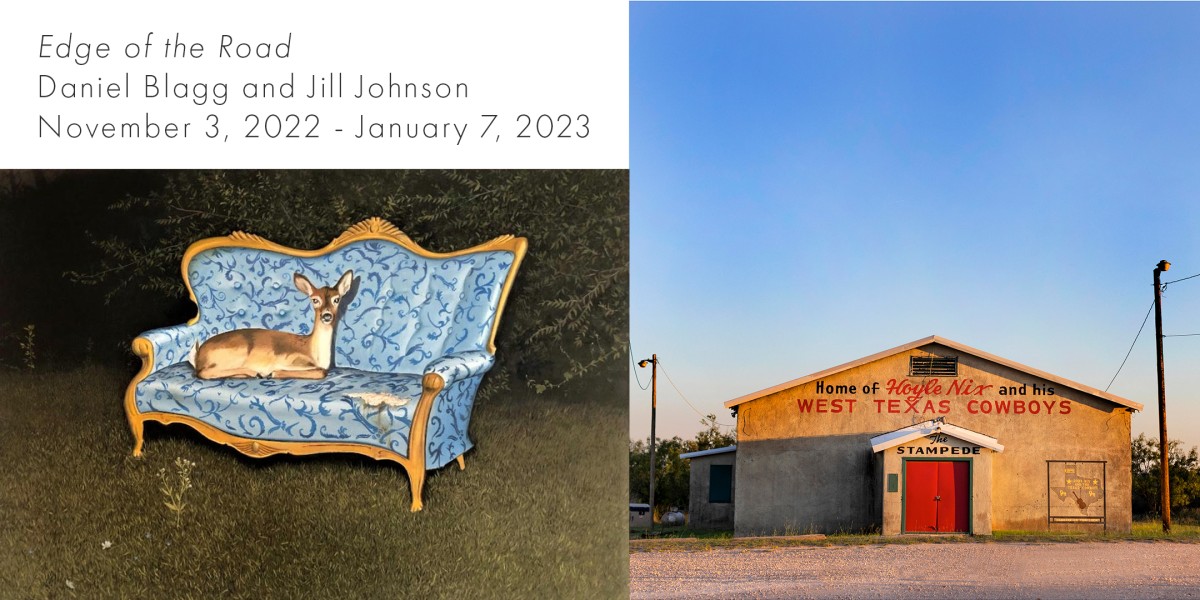 Edge of the Road

Edge of the Road | Daniel Blagg and Jill Johnson

An Exhibition of the Spirit of the American West

Artspace111 presents Edge of the Road by painter Daniel Blagg and photographer Jill Johnson. These two Fort Worth artists have each documented their individual journey by keeping eyes on the trademarks of commerce and struggle. The spirit of the American west that lingers off the roads and byways and crisscrosses the landscape is evident in the stark, reminiscent compositions they explore. Johnson’s trusty Hasselblad camera and Blagg’s paintbrushes are the tools of that exploration. Ages of consumer lure and signs of a bygone humanity are at play throughout the exhibition. Daniel Blagg and Jill Johnson’s ability to create a surreal world of symbols from seemingly dystopian landmarks often found along Texas Highways, remind viewers of a not-so-distant past, and an ever-uncertain impending future. Johnson’s photographs give a false sense of permanence while Blagg’s paintings question the realities of commercialism. On the edge of the road, the iconic detritus that beckons, has often outlived its purpose and reminds us of where we’ve been and gives a glimpse as to where we might be heading.