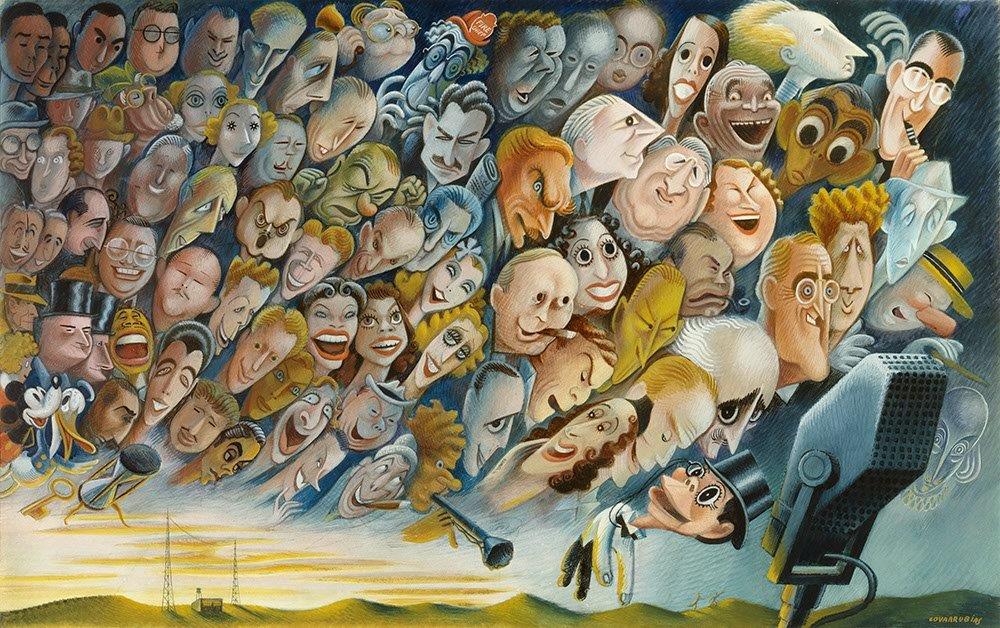 Miguel Covarrubias (1904–1957) was one of the foremost Mexican artists of the twentieth century. A quintessential humanist, he made important contributions in the fields of anthropology, archaeology, theater, and dance.

The breadth of his intellectual interests inspired him to explore cultures as varied as the brilliant hues displayed in his art. He became an expert in indigenous Mexican art and culture and an important figure in the preservation of ancient sites and artifacts. After capturing the creative energy of the Harlem Renaissance, he documented a vanishing way of life on the Indonesian island of Bali. In the pages of Vanity Fair and other popular American magazines of the Jazz Age, Covarrubias took the measure of the era's statesmen, celebrities and rogues.

The exhibition focuses on the sophisticated caricatures that made Covarrubias famous, providing a unique window into the cultural and political milieu of the 1920s and 30s.

Miguel Covarrubias: Caricaturista was created in cooperation with the Harry Ransom Center at The University of Texas at Austin and Humanities Texas, the state affiliate of the National Endowment for the Humanities.