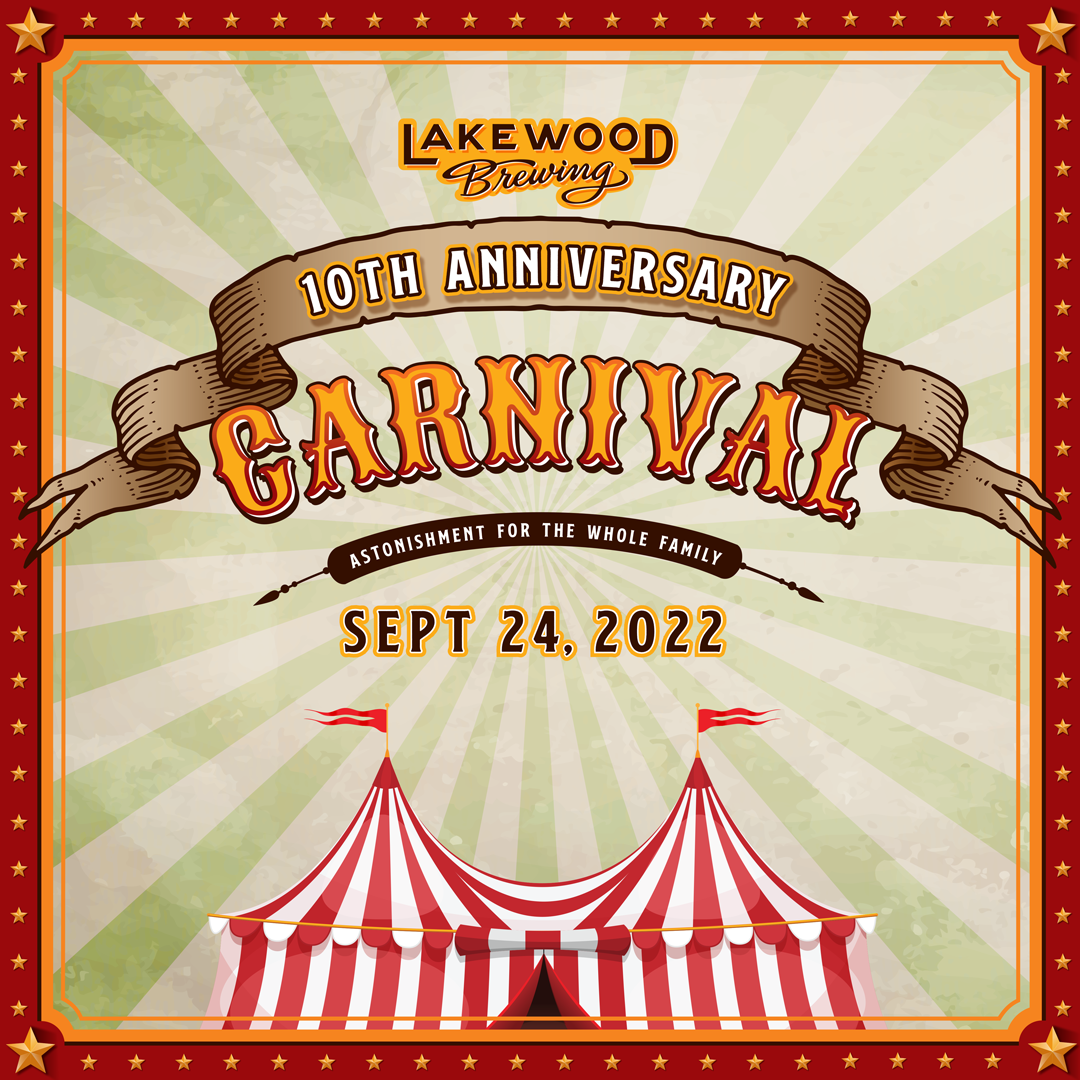 Lakewood Marks a Decade of Brewing with a Decadent Celebration

After a decade of brewing seriously fun Texas beer, Lakewood Brewing Co. (LBC) is hosting a decadent celebration to mark its first 10 years. Throwback beer releases from the popular North Texas brewery will be paired with carnival eats and games, as well as live axe throwing for the truly adventurous.

Founder Wim Bens said, “I’m so extremely proud of all the people that have helped LBC evolve from a homebrewer’s dream in a garage to a statewide award-winning brewery. It takes a lot of passion and dedication to work in the beer industry, and I see that every day in the people that make Lakewood beer great. It also takes a lot of passion to appreciate good beer, so a HUGE thank you goes out to all of our fans for supporting our family brewery. Here’s to another 10 years – Schol!”

Live music will be playing all day in Lakewood’s recently updated beer garden and outdoor play areas as the beer flows. Bites from the recently opened Lakewood kitchen will also be available, including appetizers, salads, sandwiches, flatbread pizzas, and sweets, many that incorporate tastes of Lakewood fan favorites.

VIP tickets that include an early entry, six-beer sample card, limited edition 10th Anniversary glass, and Lakewood stainless steel can holder and tumbler are $65. General admission, which includes a six-beer sample card and limited edition 10th Anniversary glass is $25, with axe throwing available for $10. Tickets for designated drivers that include entry only are $10.