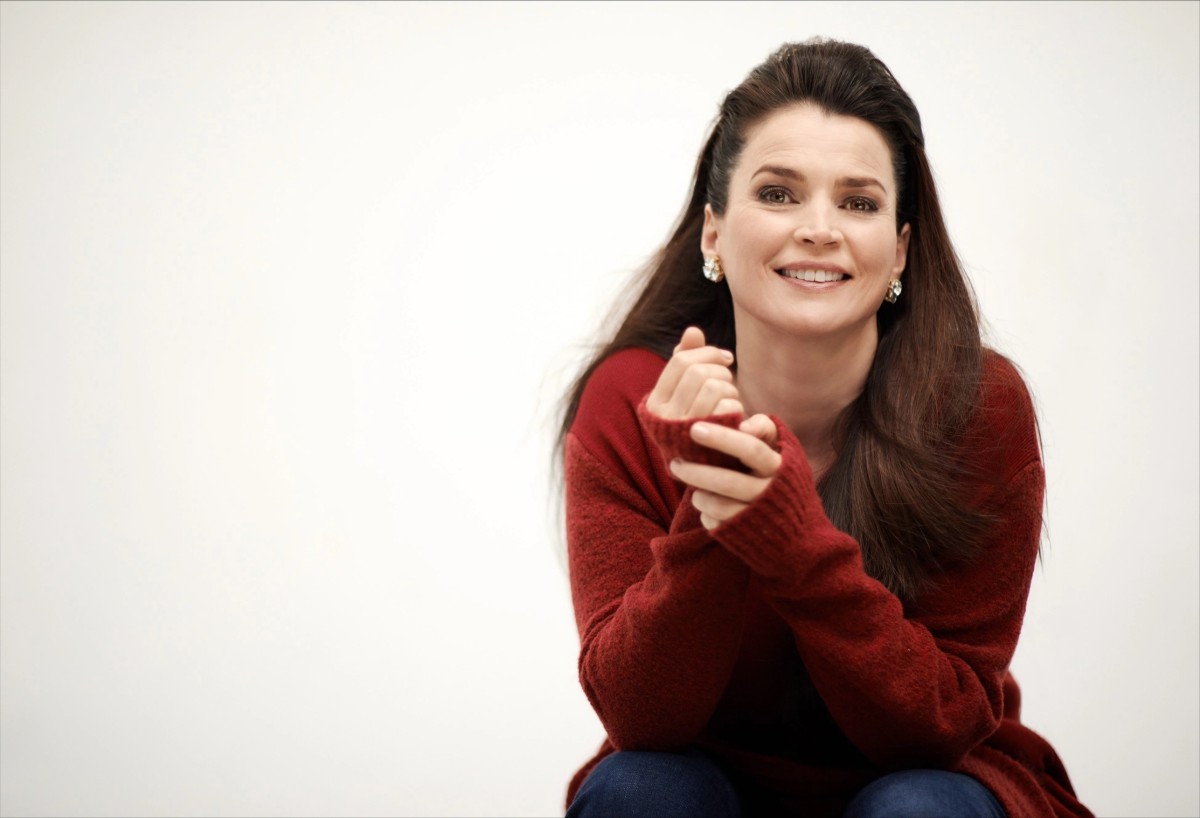 A United Nations Goodwill Ambassador and founder of the Alliance to Stop Slavery and End Trafficking (ASSET), Ormond will share her thoughts on what is needed to create systemic change to eradicate trafficking at its source,

Among her best-known film work, Ormond has starred in Legends of the Fall, Sabrina, The Curious Case of Benjamin Button, and Che. On the small screen, Ormond received an Emmy® Award in 2010 for her role in the HBO movie Temple Grandin and one in 1997 as executive producer of Calling the Ghosts: A Story About Rape, War and Women. In 2012 she was nominated for an Emmy® for her recurring role on Mad Men. She can most recently be seen in her series regular role in The Walking Dead; World Beyond, and in the still-to-be-released Reminisce.

Offscreen, Ormond is a longtime activist against human trafficking, promoting international awareness in her role as the first and former United Nations Office on Drugs and Crime (UNODC) Goodwill Ambassador Against Trafficking and Slavery. Julia Ormond is the founder of the non-profit ASSET Campaign which is the source of the global legislation the Transparency in Supply Chains Law that requires major businesses to publicly disclose their policies to prevent human trafficking and forced labor in product supply chains. As an advocate, Ormond has traveled the world assessing solutions and challenges, and she has appeared as an expert witness before the U.S. Congress and the United Nations. For this advocacy work she received the World Economic Forum’s Crystal Award and the Women for Women International’s Peace Award.

Luncheon Co-Chairs Katherine Wynne, Kristi Sherrill Hoyl and Melissa Sherrill Martin are longtime community leaders and volunteers with numerous nonprofits. Wynne is a former marketing, public relations and investment executive who spent ten years in various capacities for U.S. Trust, now Bank of America Private Bank. She is a member of New Friends New Life’s Board of Directors. Hoyl serves as chief philanthropy and community affairs officer at Baylor Scott & White Health, and her sister Melissa Sherrill Martin served as vice president of development for over 14 years at The Family Place. Honorary Co-Chairs and Dallas power couple Matrice Ellis-Kirk and Ambassador Ron Kirk are known for the impact they have had on the Dallas community and beyond. Ellis-Kirk has over 20 years of experience in the executive search industry with deep knowledge in governance. Before founding Ellis Kirk Group, she led board and CEO assignments at two large global search firms and a boutique search firm. Ambassador Ron Kirk is senior of counsel in Gibson, Dunn & Crutcher’s Dallas and Washington D.C. offices. The former mayor of Dallas and Texas Secretary of State also served as United States Trade Representative and was a member of President Obama’s Cabinet.

“As we at New Friends New Life continue to connect the dots and educate the community about the crime of human trafficking, we couldn’t be more delighted to introduce Julia Ormond to our donors and supporters at this year’s luncheon,” said Bianca Davis, CEO, New Friends New Life. “Her role as an activist against trafficking around the world, and her experience assessing solutions and challenges, will provide attendees with further insight about how we can all dismantle, disrupt, and disarm this industry that is victimizing 25 million people around the world, including 313,000 people right here in Texas.”

Underwriting sponsorship opportunities begin at $2,500.  A limited number of individual tickets will be released closer to the date and will begin at $250 each. To reserve your sponsorship or seats, please visit www.newfriendsnewlife.org/luncheon, email [email protected] or contact Senior Development Director Priya Murphy at 214-217-8652.