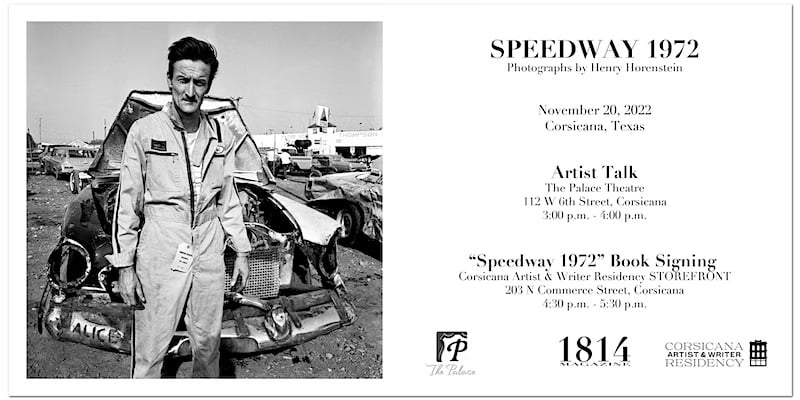 SPEEDWAY 1972
While at grad school in the early 1970s Henry Horenstein would attend Speedway races, in New England to see his brother-in-law compete. In front of his camera the drivers would fly around the track in beat-up cars customized for racing at breakneck speeds in the hopes of small town glory.

Hornstein’s joyful images present us with a slice now of what the world of motor racing looked like then, before racing became big business, as it slowly morphed into Nascar - the world's fastest growing sport.

The Artist
Henry Horenstein's work has been exhibited in galleries and museums both nationally and internationally, including the Smithsonian Institution's National Museum of American History, Washington, D.C.; the International Museum of Photography, George Eastman House, Rochester, New York; the Museum of Fine Arts, Boston; and Fabrik der Kunste, Hamburg, Germany. Photographs by Henry Horenstein can be found in many public and private collections including the Library of Congress, the Museum of Fine Arts, Houston, and the High Museum of Art in Atlanta, Georgia. Horenstein is the author of over 30 books including several monographs and a series of highly successful photography textbooks that have been used by hundreds of thousands of students around the country. Horenstein currently lives in Boston and is a professor of photography at RISD.

Special Thanks to our partners The Palace Theatre, and Corsicana Artist and Writer Residency.

For additional information on this event please contact 1814 MAGAZINE