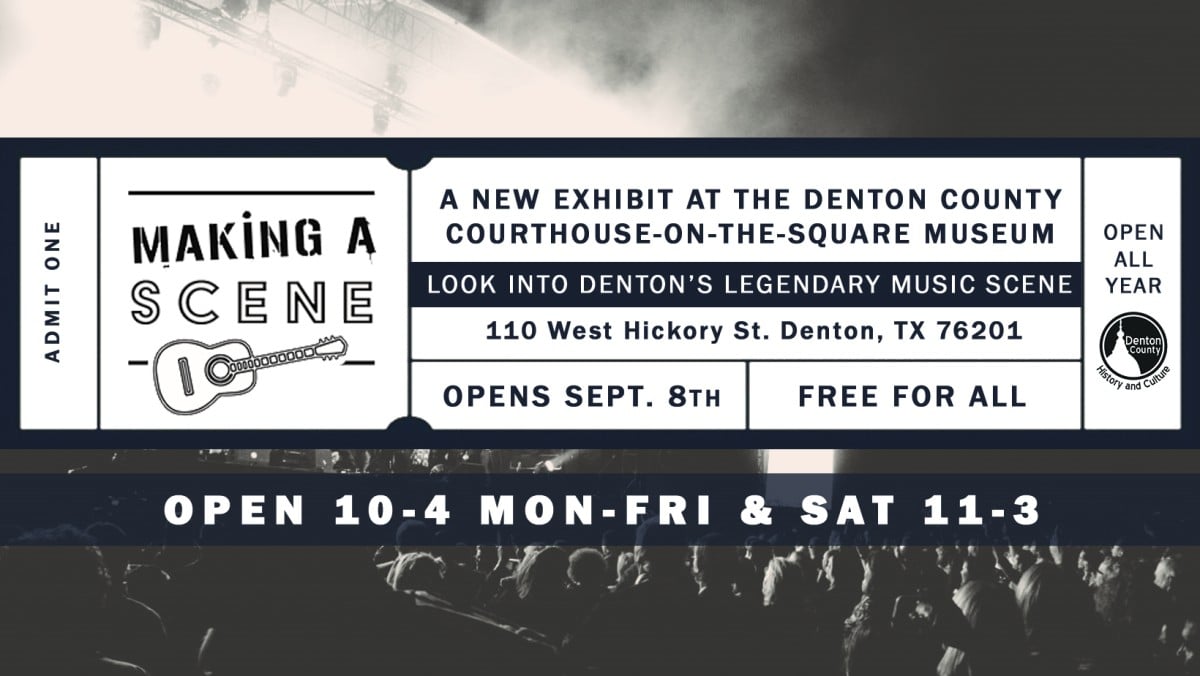 Take a musical journey through Denton’s legendary music scene in the new exhibit, Making a Scene, at the Courthouse-on-the-Square Museum. On view from September 8, 2022 to August 26, 2023, this exhibit features photographs, posters, and other items representing beloved artists, venues, and festivals over the decades that have played a vital role in putting Denton on the map, because when you think of Denton, you think music!

Music inevitably comes to mind when you think of Denton and the surrounding area. In 2008, Paste Magazine named the city of Denton the best music scene in the United States. From house shows to performance halls, generations of music lovers have cultivated what has become a legendary scene that crosses all genres. The artists, venues, festivals, and recording studios of our community have directly contributed to the evolution of music and the industry on a global scale. Music education programs in the area have attracted and produced talent that continues to reinvest in the local scene. The freedom to experiment and collaborate has created an iconic sound that is both eclectic and refined.