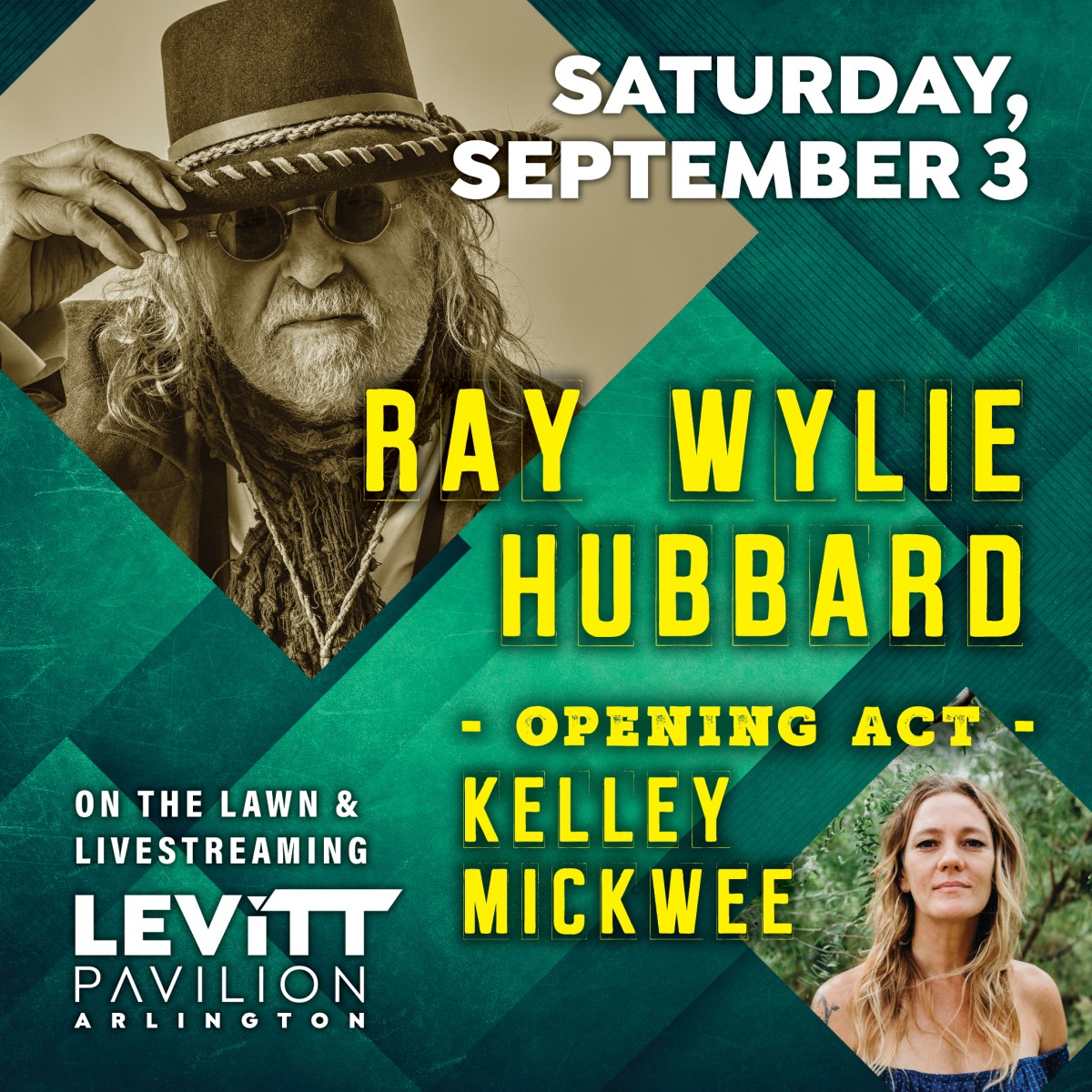 Ray Wylie Hubbard and Kelley Mickwee at the Levitt

**Early arrival for the Saturday night show is recommended**

If one wanted to describe the sound of Ray Wylie Hubbard, one could call it American music, born from the time honored traditions of folk, country, and roots rock.

Yes, Ray Wylie Hubbard is a Texas singer-songwriter, complete with the classic trifurcated handle, fundamental chapter of the canon in his song catalog ("Redneck Mother"), and enough wild hairs in his past to qualify him as a legend. But along the way, his attention began to leave matters extraneous to his art and soul by the wayside, and focus on the beauty and potential to be found in the blank canvas of the yet-to-be-written and recorded song. The result has been one of the most satisfying musical and lyrical journeys to witness over the last two decades. In the years that followed, he evolved into a writer of uncommonly honest portraits of life, alternately mixing deep personal sagas with poignant character studies of those traveling on the dark side of the road.

Opening for Hubbard is local country artist Kelley Mickwee, whose solo career kicked off in 2014 with “You Used To Live Here,” her debut album. Prior to that period, Kelly performed as a member of the acclaimed all-woman Americana group The Trishas, and most recently as part of Kevin Russell’s Shinyribs’ Shiny Soul Sisters (Shinyribs being one of the “most explosively entertaining bands” to spring from Austin in decades.)  Kelley’s Levitt appearance is underwritten by a grant from the Arlington Tomorrow Foundation; the 2022 free season sponsor is Baylor, Scott, and White Orthopedic and Spine Hospital- Arlington.

As always, lawn chairs and coolers are welcome, or you can enjoy food and drink from Levitt’s food truck fleet. Find out everything you need to know (and sign up for alerts about upcoming shows) at levittarlington.org.