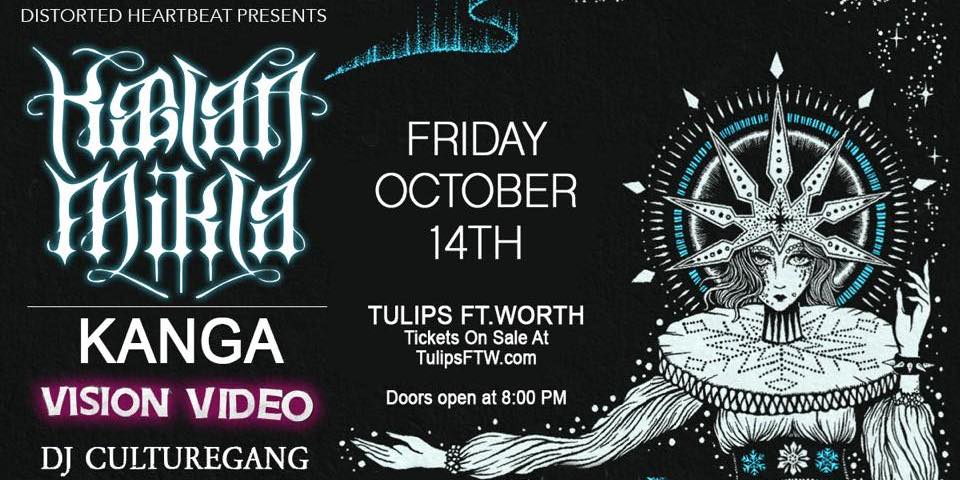 Distorted Heartbeat presents Kælan Mikla KANGA DJ Culturegang and special guest opener to be announced+++++KÆLAN MIKLAkaelanmikla.comIcelandic synth-punk trio Kælan Mikla formed in Reykjavik in 2013, initially as part of a poetry competition which the Reykjavik Library hosted. The band, comprised of singer Laufey Soffía Þórsdóttir, bass player Margrét Rósa Dóru-Harrysdóttir and Sólveig Matthildur Kristjánsdóttir, initially on drums but later synthesizer, won the competition, and were encouraged to continue making music. By 2014, Kælan Mikla was playing shows around Reykjavik and was asked to perform on the official roster of Iceland Airwaves.The trio has released three albums, all with Toronto-based Artoffact Records, the most recent of which, Nótt eftir nótt, made #14 on Revolver Magazine’s best albums of 2018 list. Kælan Mikla has toured Europe several times, notably with King Dude, Drab Majesty, and as headliners in their own right. The band was hand-picked by Robert Smith of The Cure as support on several festivals in the UK and in the US.In 2018, the band won the prestigious Kraumur Award in Iceland for best album of the year, and in 2019 The Reykjavik Grapevine awarded them Best Live Band at the Grapevine Awards.In 2020, Kælan Mikla is booked on an extensive Europe-wide tour supporting Alcest and will release a new record in 2021.

+++++KANGA kangakult.com KANGA is an electronic musician, producer and remixer from Los Angeles, CA. Championed by electronica icon Gary Numan and widely considered one of the finest darkwave purveyors, KANGA fuses post-apocalyptic pop sensibilities with body-shaking rhythms and sinuous melodies. Following on the heels of her 2016 acclaimed self-titled debut album, she self-released her “Eternal Daughter” EP in late 2019. ReGen Magazine wrote “From start to finish, Eternal Daughter showcases her mastery of production and songwriting, from the glitchy vocal effects subtly meshing with the controlled synthetic energy and dynamic percussion of “Daughter” to the forceful shifts in rhythm on “Control…”KANGA joined Gary Numan on his sold out 40th Anniversary UK tour in late 2019 to great acclaim. Her “Eternal Daughter” EP was re-released on April 24, 2020 on Artoffact Records, featuring three brand new bonus tracks that highlight KANGA’s considerable talents as a producer and musician. KANGA is currently recording her next full length album, which will be released in early 2021 on Artoffact.

+++++VISION VIDEO www.visionvideoband.comDance Music for the End-Times. "Brilliant weavings of the sound that has made Joy Division and The Cure so loved" - The Big Takeover" Vision Video are blessed with a singer whose voice soars instead of sulks. And when he blends his with that of keyboardist Emily Fredock, the group exhibits a radiance that distinguishes them from fellow black-lipstick aficionados."