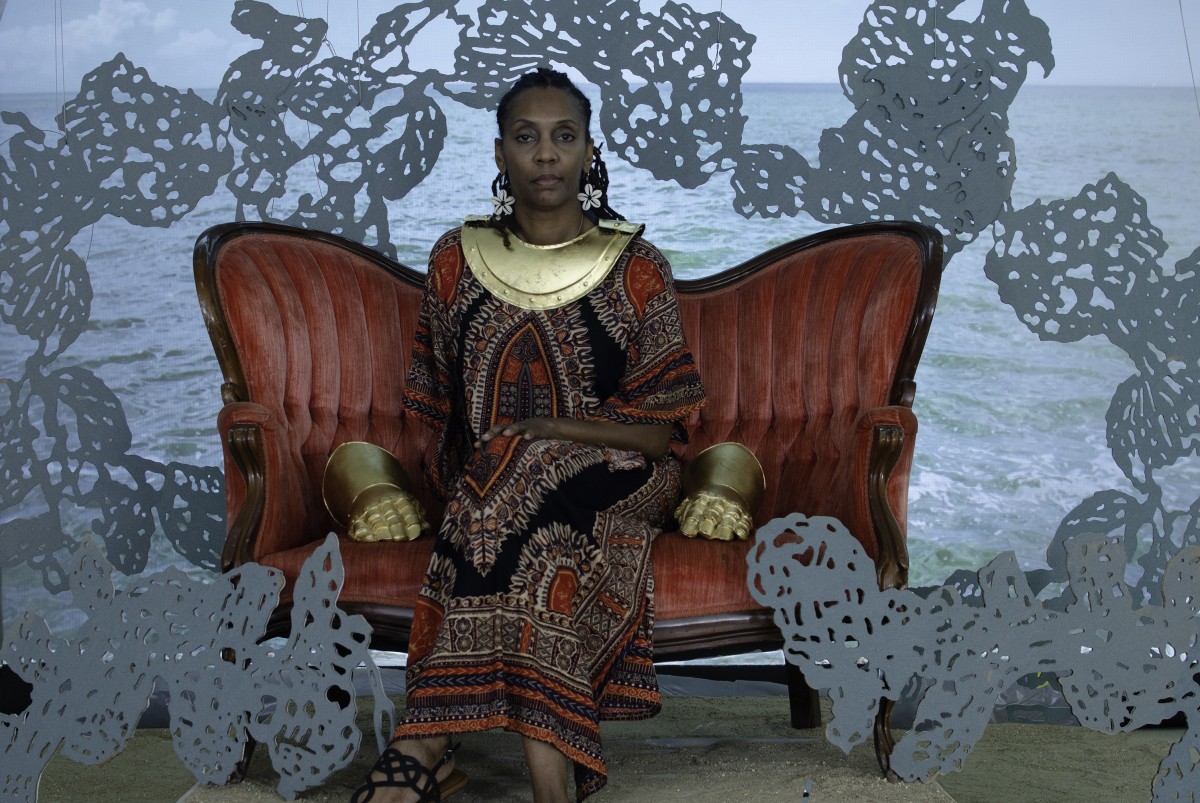 There will be a reception for the artist on Friday, September 9th, 6-8pm and the artist will give a talk in the gallery on Saturday, September 10th at 2pm as part of the Fort Worth Art Dealers Association Fall Gallery Walk.

Ian Weaver’s interdisciplinary artistic practice explores memory and considers how individuals and communities construct their own identities. His attention is particularly focused on the communities of the Near West Side of Chicago, specifically the “Black Bottom” area. Large parts of this multi-ethnic community were destroyed in the 1950s to construct an expressway, and as a result, residents lost much of their material history. From this point of loss, Weaver has constructed a fictional community including a fictitious group, the Black Knights. Merging his interest in medieval heraldry and black activism, Weaver presents the group as a symbolic force of social and political power in the fight for survival amidst displacement and regeneration.

At Fort Worth Contemporary Arts Weaver continues his imaginary construction of this shattered community, and responds to “wake” with a selection of objects that collectively weave together intersecting concerns of memory and identity. In reference to Christina Sharpe’s writings on representations of Black life, Weaver considers multiples understandings of “wake” – the temporary and ephemeral path behind a boat, a social ritual associated with funerals and a celebration of the dead, and the idea of awakening or becoming conscious. Referencing historic maritime culture, his new works include the skeletal frame of a boat hull, an anchor, and the fragment of a lighthouse. He also includes photographic portraiture and a film that documents the wake of a boat.