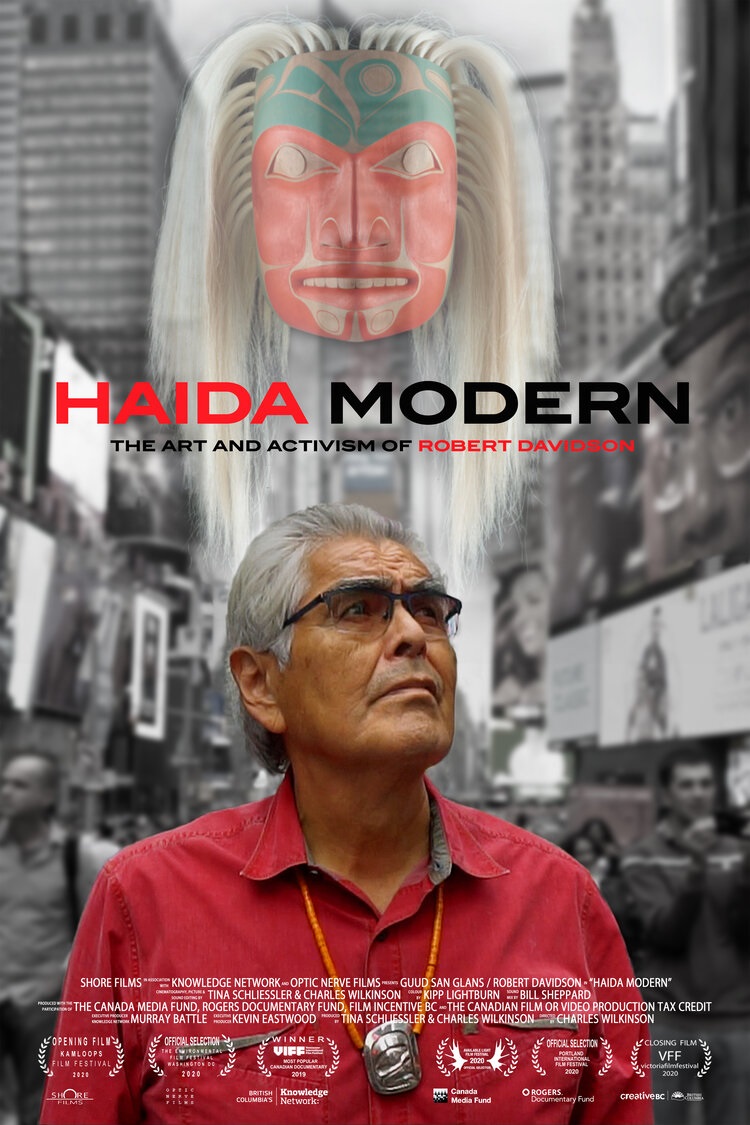 Haida artist Robert Davidson is one of the foremost cultural icons of the age. HAIDA MODERN features candid and revealing conversations with the artist himself, along with commentary from art historians, politicians, musicians, and family members detailing the importance and impact of Davidson's work. Highlighted in these conversations is the story of how Davidson carved the first totem pole raised on the island of Haida Gwaii in over 100 years — a spiritual and political act credited with sparking a reawakening of Indigenous culture in the Pacific Northwest.