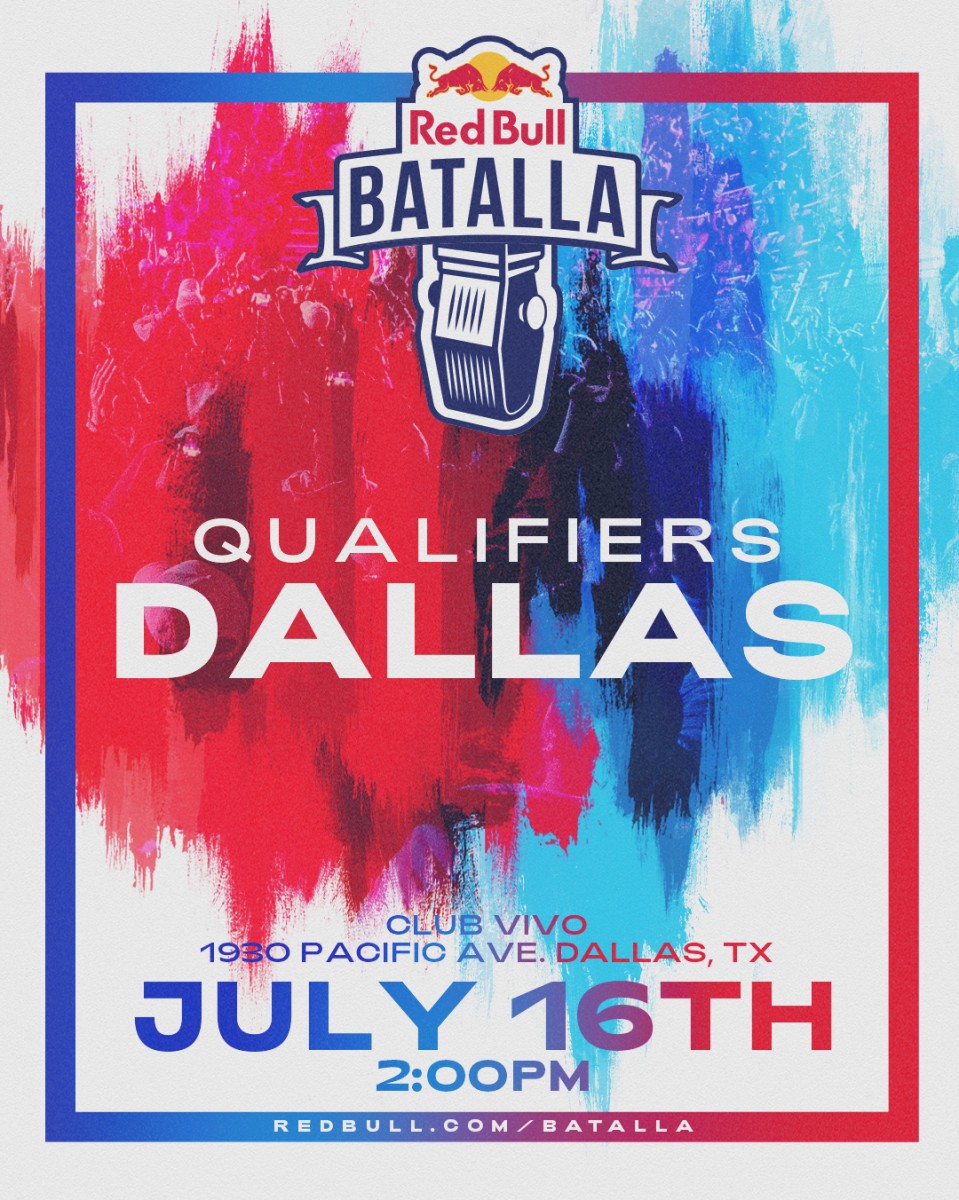 Since 2005, Red Bull Batalla has provided a platform for the best hip-hop improvisors in the Spanish-speaking world to connect, develop, and compete. This competition features some of the most dynamic Spanish-language lyricists that the USA has to offer in a bracket-style tournament.

Now 16 qualified MCs at the Dallas event will go bar-for-bar with 4 lucky winners advancing to the USA Finals being held in Miami later this year, which is considered to be the biggest stage for Spanish-language freestyle rap in America.

Tickets are available now for this special event, offering complimentary access for fans 18 years and older. Limited space is available on a first come, first served basis, so fans are encouraged to RSVP today.