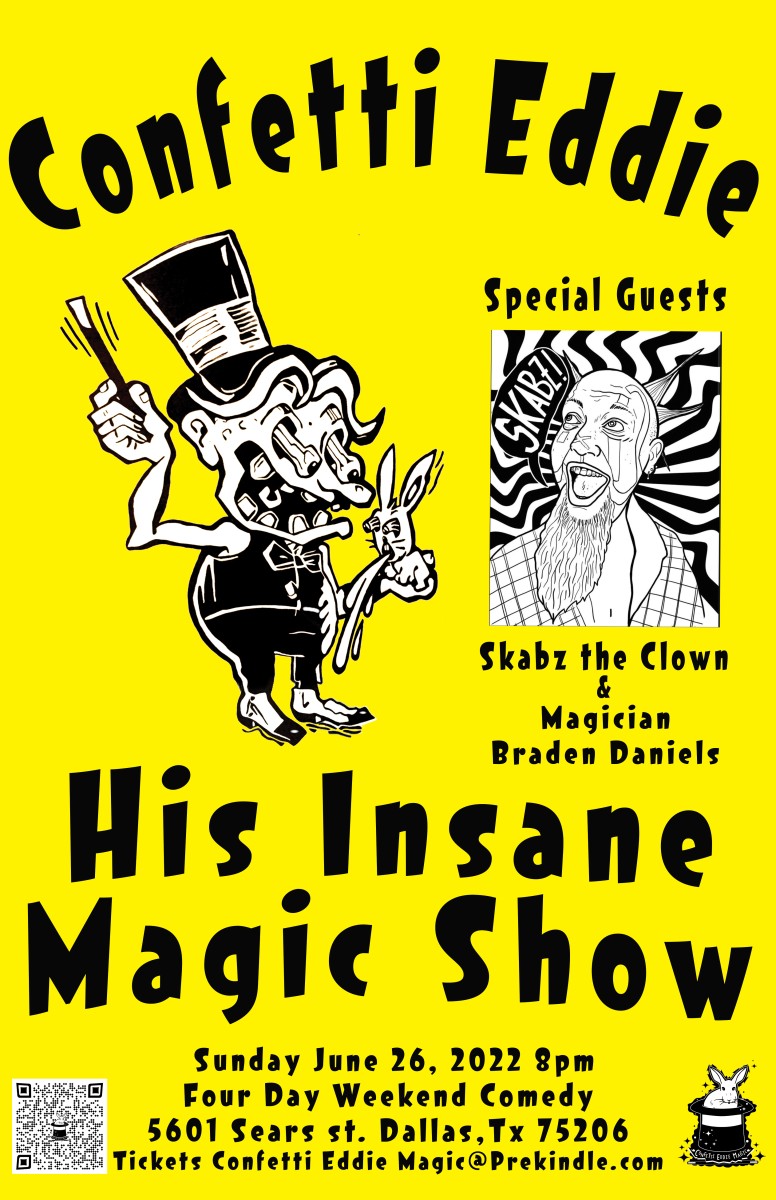 Magician Braden Daniels is the resident magician at Lost Oak Winery in Burleson, Texas. He brings his unique combination of magic, storytelling, and improvisational comedy to the show.

Skabz The Clown is the bad clown of Houston sideshow, his pranks and stunts earned him and his pet tarantula an appearance on The Gong Show.

Confetti Eddie’s insane magic show features parlor magic, illusions, and a little something else. Confetti Eddie will host the show his magic combines storytelling and sleight of hand to create a one-of-a-kind experience for each audience.