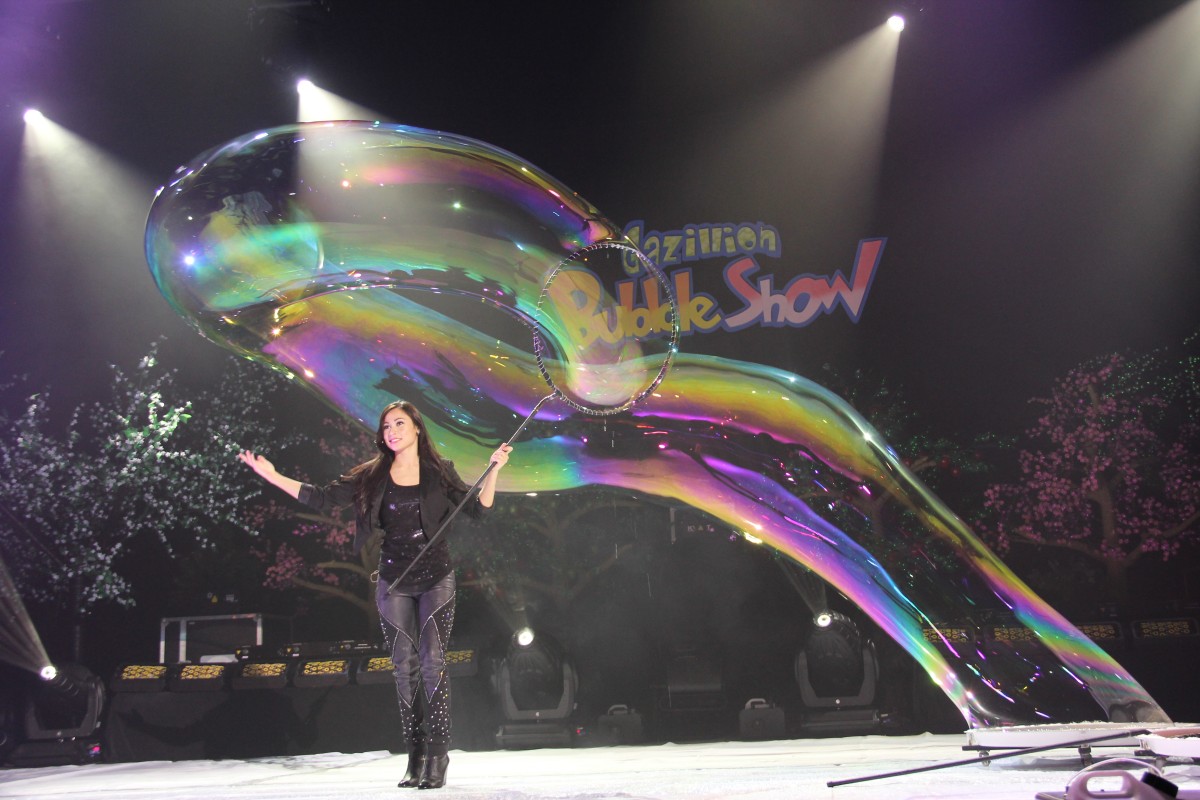 After twenty years as a Master of Bubbles, in 2007 Fan Yang brought his unique brand of bubble artistry to the Big Apple and has since wowed bubble lovers of all ages.  The Gazillion Bubble Show truly is a family affair for Fan: his wife Ana, son Deni, daughter Melody, and brother Jano all can be found on stage in New York and around the world performing their bubble magic.  Audiences are delighted with an unbubblievable experience, awashed with a bubble tide, and some even find themselves INSIDE a bubble.  Mind-blowing bubble magic, spectacular laser lighting effects, and momentary soapy masterpieces will make you smile, laugh, and feel like a kid again.