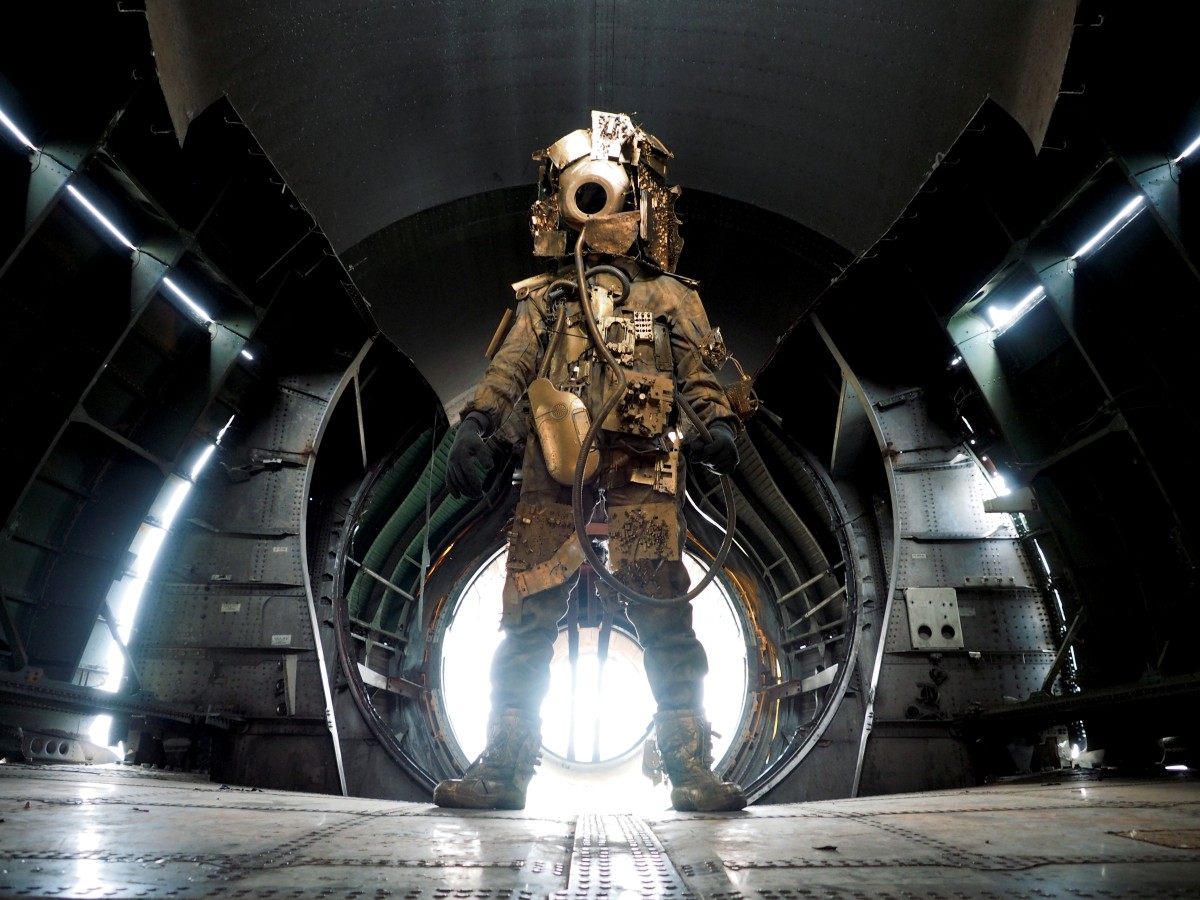 The University of North Texas College of Visual Arts and Design Galleries will present the first-ever solo show of Kongo Astronauts, an artist collective based in Kinshasa, Democratic Republic of the Congo.

The selected works highlight what the artists describe as “inter-zones of digital globalization, where past, present and future collide with the politics of privacy and the realities of urban and rural life.”

The exhibition features a short film, a series of large-scale photographic prints and one of the astrosuits Ekeba wears when performing in the streets of Kinshasa and beyond. The "After Schengen" photographic series dominates the gallery’s footprint and depicts a spacewalker in a golden suit plastered with electronic circuits and other digital debris aboard an inoperable jet. The series title evokes the Schengen Treaty of 1985, which led to the establishment of unrestricted cross-national movement of European Union citizens within its borders and served to further complicate international travel for citizens of the Democratic Republic of the Congo and other African nations.