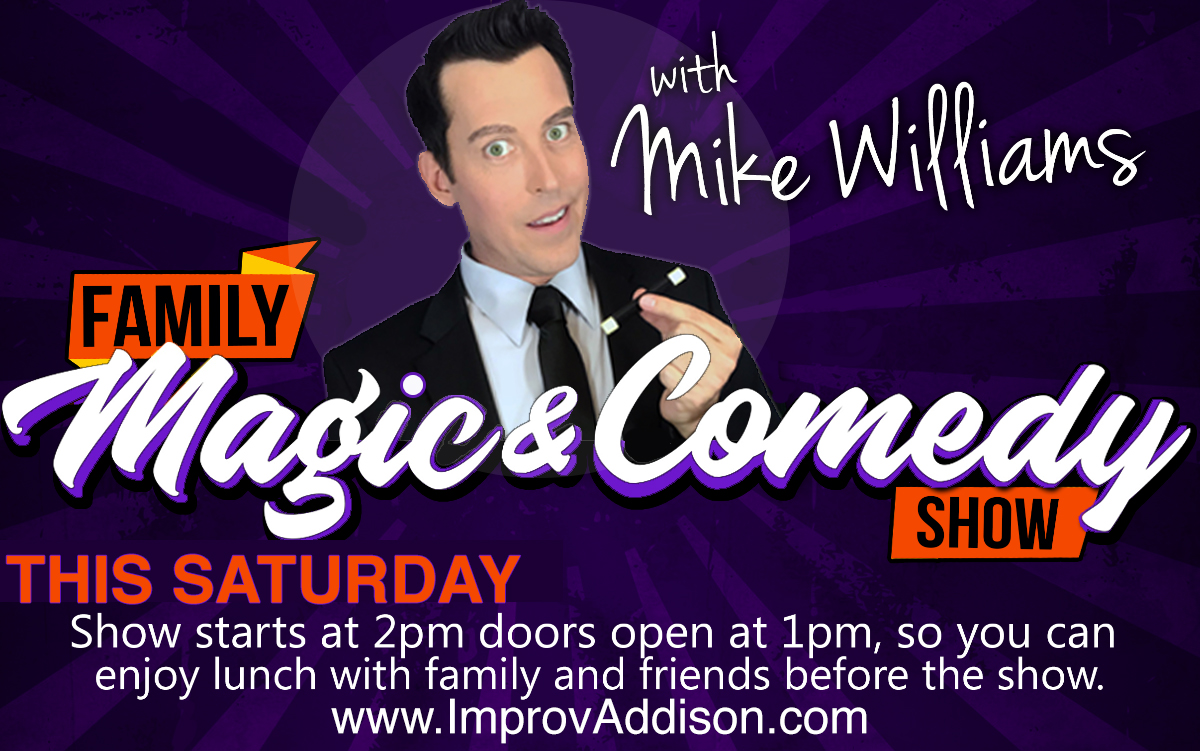 Don't Miss DFW's funniest magician Mike Williams this summer for a family friendly and magical afternoon at the Addison Improv Comedy Club. Mike thrills audiences around the World with his hilarious and original magic and now he's bringing  his comedy magic show to the Addison Improv on select Saturdays at 2pm. Mike's performances have been called "funny beyond belief" as he combines clean, side-splitting comedy and amazing visual magic with audience interaction like you've never experienced before.

Mike says "This is NOT your ordinary magic show. Everyone becomes a part of the experience and that's what makes it so fun! Plus you never know what special guests I may bring with me."

Reserve your tickets early by calling the box office at (972) 404-8501 or visiting www.improvaddison.com . Ticket prices vary from $10 to $20 and VIP seating is available, call for details. Doors open at 1pm for lunch (which includes a kids menu option) and show starts at 2pm.