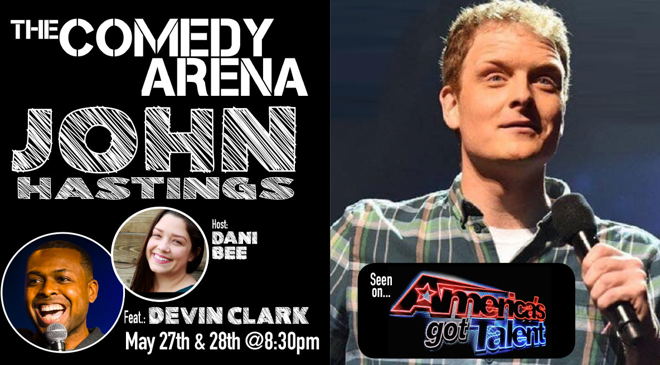 Over the last fourteen years John Hastings has appeared at every major comedy festival in the world including Edinburgh (2012-2019), Melbourne and Just for Laughs Montreal. He has told jokes on BBC Radio 4, BBC 1, BBC 3, Comedy Central, CTV Australian Comedy Channel, and CBC The Comedy Network.  He is also the COCA Comedian of the Year, a Martin Sims Award Nominee, an Amused Moose Comedy Award winner, and was briefly a viral sensation after Dennis Rodman heckled him in Los Angeles. He was most recently spotted on America's Got Talent.