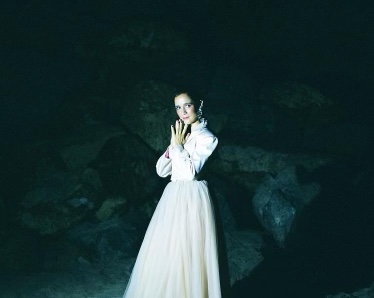 The Majestic welcomes Julieta Venagas to our stage on Wednesday, October 12, 2022

Julieta Venegas is a composer, singer, and musician. She is a multi-instrumentalist and plays mainly the piano, accordion, and guitar, being one of the most recognized Latin musicians worldwide.

She edited 7 studio albums, and an MTV Unplugged, as well as the soundtrack of the play, La Enamorada, among others. She has sold 25 million records worldwide; Obtaining certificates in gold and platinum discs in countries such as Mexico, the USA, Italy, Argentina, Brazil, and Spain.

Throughout her career, she has won 2 Grammy Awards and 10 Latin Grammy Awards, as well as 2 Billboard Music Awards, 7 MTV Awards, among other thirty awards. She was appointed as a Goodwill Ambassador by UNICEF in Mexico and also as a Goodwill Ambassador by the Council of Ministers of Women of Central America (COMMCA). Her last release Mismo Amor has reached the most important charts of Spotify, Amazon Music, iTunes, and others.