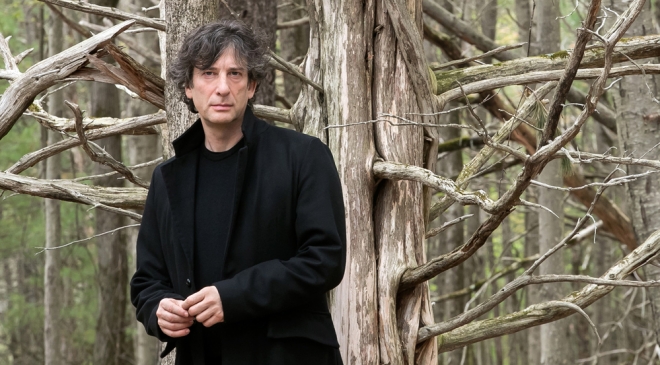 An Evening with Neil Gaiman

As one of the most celebrated writers of our time, Neil Gaiman’s popular and critically acclaimed works bend genres while reaching audiences of all ages.

Gaiman’s groundbreaking Sandman comics, which received nine Eisner Awards, was described by Stephen King as having turned graphic novels into “art.” The Los Angeles Times called it the greatest epic in the history of the form, an issue of Sandman was the first comic book to receive the World Fantasy Award for Best Short Story.

Gaiman is the bestselling author of Neverwhere, Anansi Boys, Good Omens (with Terry Pratchett), Smoke and Mirrors, Fragile Things, Trigger Warning: Short Fictions and Disturbances, The Ocean at the End of the Lane, The Sleeper & the Spindle, Hansel and Gretel, Norse Mythology, and The View from the Cheap Seats (non-fiction essays). He is also the author of American Gods, winner of the Hugo, Nebula, Bram Stoker, and Locus awards and proclaimed one of the 125 most important books of the last 125 years by the New York Public Library. More at www.NeilGaiman.com.