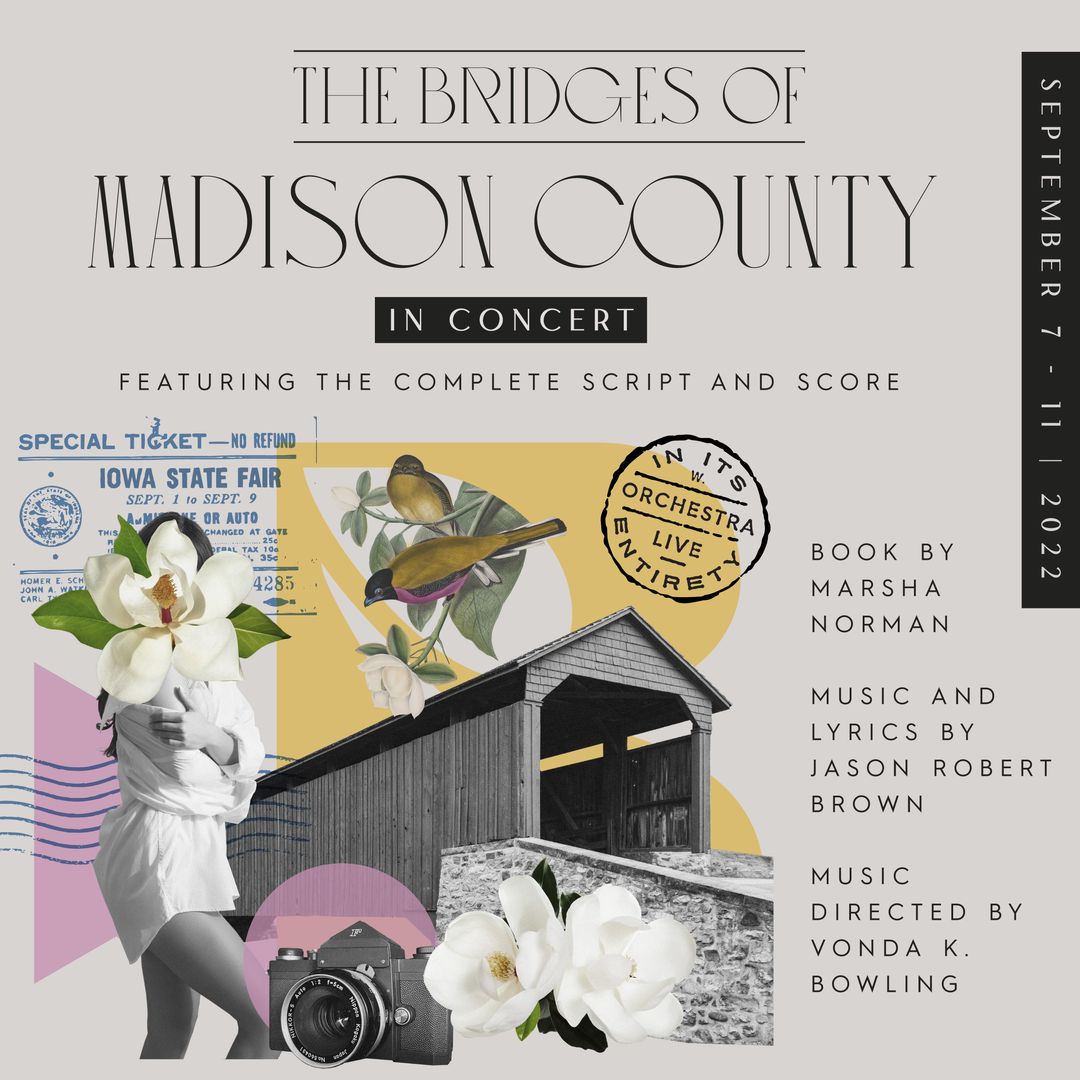 The Bridges of Madison County: In Concert

Based on the best-selling novel, and developed by Tony Award winner Jason Robert Brown (The Last Five Years, Parade, Songs for a New World) and Pulitzer Prize winner Marsha Norman, The Bridges of Madison County captures the lyrical expanse of America's heartland along with the yearning entangled in the eternal question, "What if...?" Winner of the 2014 Tony Award for Best Score and Orchestrations, this sweeping romance about the roads we travel, the doors we open and the bridges we dare to cross will leave audiences breathless.

Francesca Johnson, a beautiful Italian woman who married an American soldier to flee war-ravaged Italy, looks forward to a rare four days alone on her Iowa farm when her family heads to the 1965 State Fair. When ruggedly handsome, National Geographic photographer, Robert Kincaid, pulls into her driveway seeking directions, though, what happens in those four days may very well alter the course of Francesca's life.