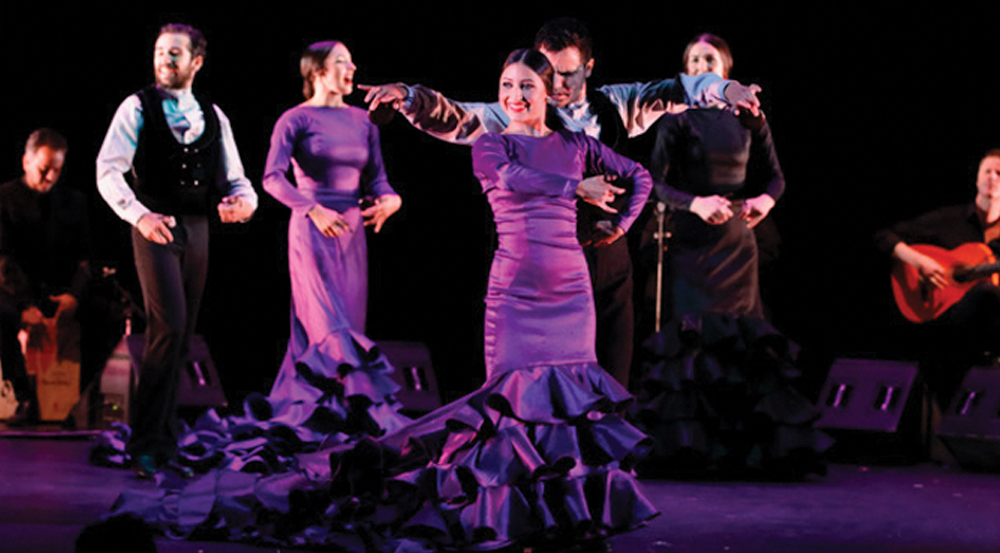 We’re thrilled to host a revised working of the Flamenco Pastorela cancelled last year, with the additional talents of Spanish choreographers associated with Yjastros Flamenco Company of Albuquerque’ National Institute of Flamenco. They will present a production interpreting the early pueblo roots of the Mexican Pastorela and bringing us up to date with New Mexico Flamenco. The production will follow the colorful encounters of the Shepherds (pastores) in a battle of good over evil. Although we don’t know the specific music played for the early Pastorelas, parish records from the 17th C speak of works brought from Spain, and how well the indigenous peoples adapted their pre-existing celebrations to the Christian tradition, including Spanish Renaissance dance music, in our case co-choreographed in the first act by Artistic Director Joaquin Encinias and associates. The pure drama of Flamenco in Act II features Ingravitta, on choreography by Daniel Doña our guest in 2019.