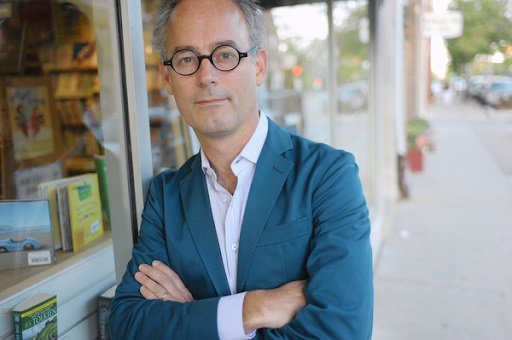 The New York Times bestseller and multiple award-winning author Amor Towles will be the public keynote speaker for the 26th annual Highland Park Literary Festival on Wednesday, February 23, 2022 at 7 p.m. at Highland Park High School. The evening Keynote Event is free and open to the community and is sponsored by La Fiesta de las Seis Banderas.  Book sales open at 6:00 p.m. and auditorium doors open at 6:30 p.m. Patrons are asked to register in advance at hplitfest.com. The high school students will hear from Towles during an assembly on February 24.

Towles’s latest novel, The Lincoln Highway (Viking), became available on October 5 and hit multiple top book lists soon after. Towle’s first novel, Rules of Civility, was a New York Times bestseller and was named by the Wall Street Journal as one of the best books of 2011. The book has been translated into over 15 languages, its French translation receiving the 2012 Prix Fitzgerald. In the fall of 2012, the novel was optioned by Lionsgate to be made into a feature film. Mr. Towles’s second novel, A Gentleman in Moscow, was on the New York Times bestseller list for over 52 weeks in hardcover and was named one of the best books of 2016 by the Chicago Tribune, the Washington Post, the Philadelphia Inquirer, the San Francisco Chronicle, and NPR. The book has been translated into over thirty-five languages. In the summer of 2017, A Gentleman in Moscow was optioned by Entertainment One and the British director, Tom Harper, to be made into a miniseries starring Kenneth Branagh.