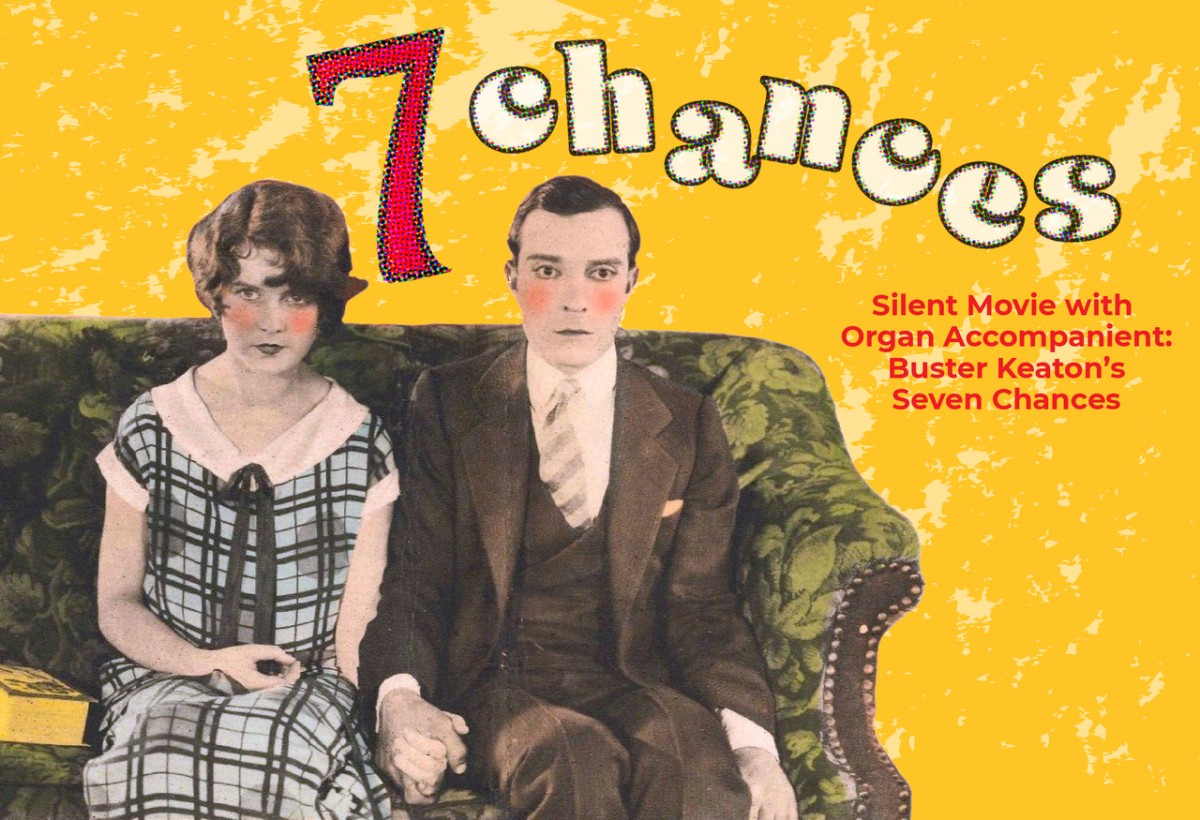 Organist Benjamin Kolodziej accompanies Buster Keaton's classic silent movie, 'Seven Chances'. When released in 1925, one writer described the film as "a dazzlingly balletic comedy in which Buster has a matter of hours to acquire the wife on which a seven million dollar inheritance depends." This silent film, accompanied on the organ in authentic, 1920s style, is entertaining for the whole family. Popcorn and drinks will be served. It will be presented in the parish hall at St John's.