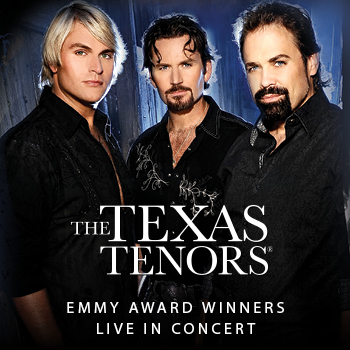 The Texas Tenors are the most successful music group and third highest-selling artist in the history of America's Got Talent! Since appearing on the series in 2009, JC, Marcus and John have released 5 studio albums, 2 PBS Specials, 4 DVDs, multiple singles and a children's book that have earned them impressive recognition including 3 Emmy Awards, The Gelett Burgess Award for Excellence in Children's Literature and the distinction of being Billboard Magazine's #10 Classical Artist in the World. The tenors most recent albums "Outside the Lines," "Rise" and "A Collection of Broadway and American Classics" all debuted at #1 on the Billboard Charts.