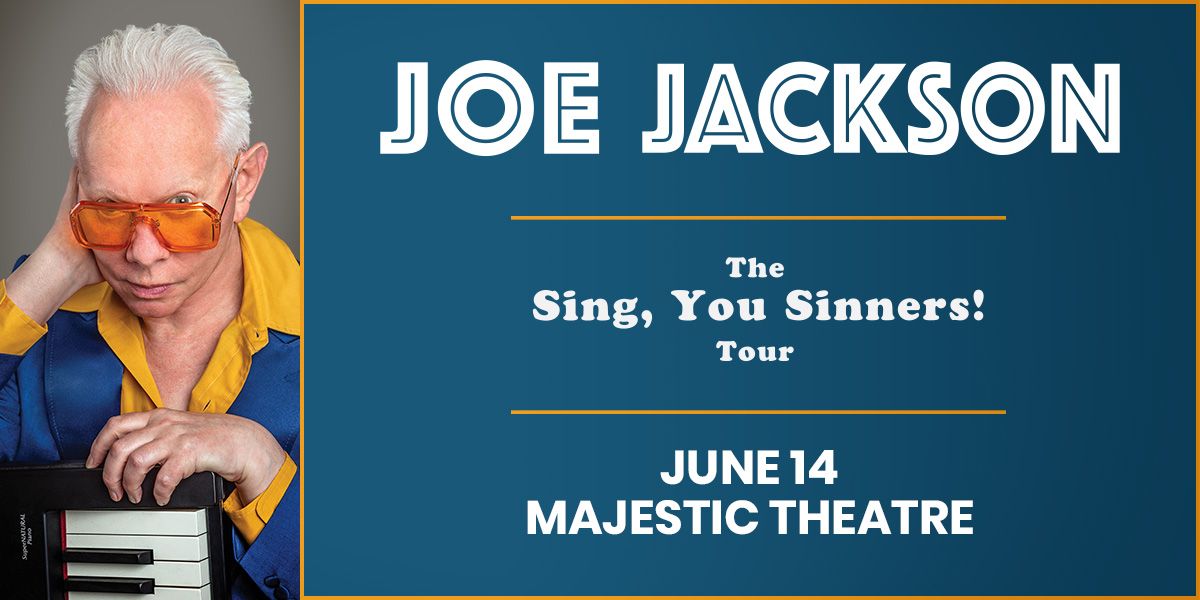 The ever-restless songwriter Joe Jackson traveled the world to record ‘Fast Forward,’ his first collection of original songs in seven years, set for October 2 release via Work Song/Caroline.  Originally conceived to be released as a series of EPs, the album was produced and arranged by Jackson, and features four sets of four songs recorded in four different cities – New York, New Orleans, Berlin and Amsterdam – each with a different set of first-call supporting musicians.  The results rank among the richest and most rewarding music of his storied career.

Jackson has called New York home for many years.  He recorded these tracks with Bill Frisell on guitar, Brian Blade on drums, his longtime bassist Graham Maby, and jazz violin star Regina Carter. Along with three originals including the album’s title track, these sessions feature a scorching take on a New York classic, Television’s “See No Evil.”

Distinguished by the most diverse instrumentation of the four sessions, Jackson is joined on these songs by frequent collaborators Stefan Kruger and Stefan Schmid from the band Zuco 103, the Concertgebouw orchestra, and the project's only guest vocalist, 14-year-old Mitchell Sink (from Broadway’s ‘Matilda).

NEW ORLEANS
Jackson traveled to one of his favorite cities, New Orleans, to record with an all-local cast including three members of the funk band Galactic - drummer Stanton Moore, bassist Robert Mercurio, and guitarist Jeff Raines – and a horn section led by saxophonist Donald Harrison.

These career-spanning shows will feature Jackson “as my own opening act,” playing a short solo/piano set before bringing out a full band which will include Maby on bass, guitarist Teddy Kumpel (Rickie Lee Jones, Feist), and drummer Doug Yowell (Suzanne Vega, Ari Hest).