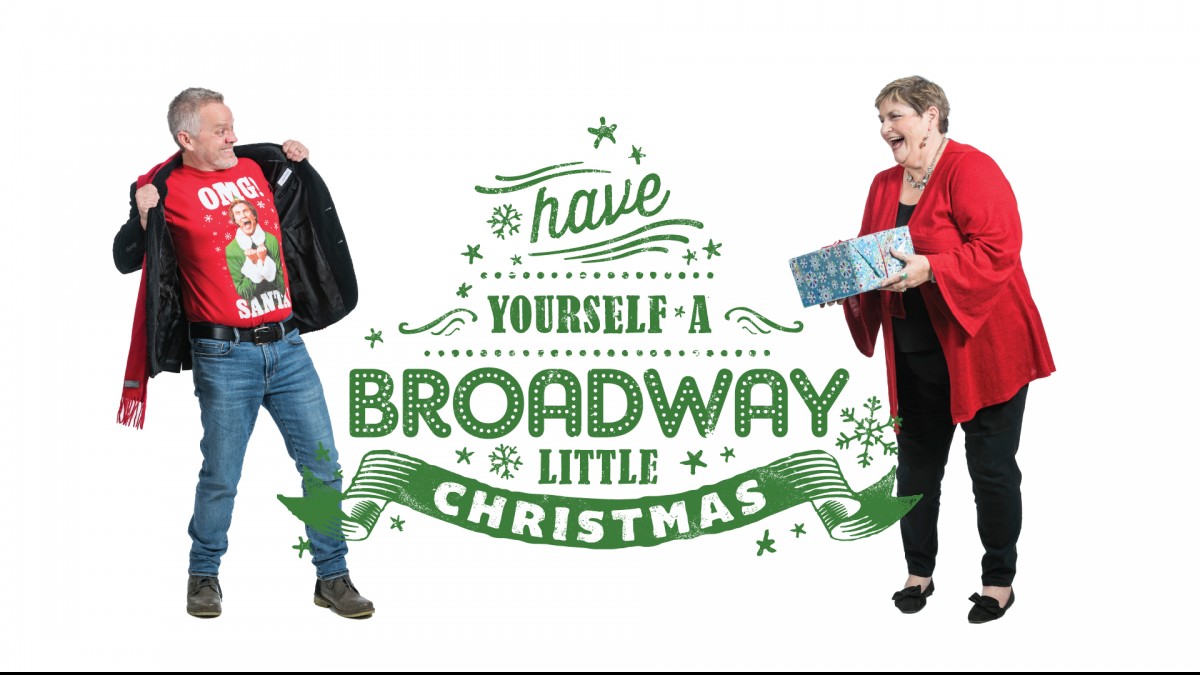 Have Yourself a Broadway Little Christmas

HAVE YOURSELF A BROADWAY LITTLE CHRISTMAS

Accompanied by Clint Blanco
Hosted by Amy Stevenson & Craig Boleman
Produced by Clayton Cunningham & Tom Ortiz
Stage Managed by Tom Ortiz
We invite you to “Have Yourself a Broadway Little Christmas” and join us for an enchanting evening of entertainment this December! Featuring the musical talents of some of DFW’s finest performers, this two-act fundraising concert will pay homage to Broadway’s greatest hits as well as holiday carols and songs from your favorite movie musicals! Act 1 songs include “Wilkommen” from Cabaret, “The Wizard and I” from Wicked, and “I Don’t Need Anything But You” from Annie, while Act 2 focuses on holiday season favorites such as “Jingle Bell Rock”, “Marshmallow World,” and “Sisters” from White Christmas!