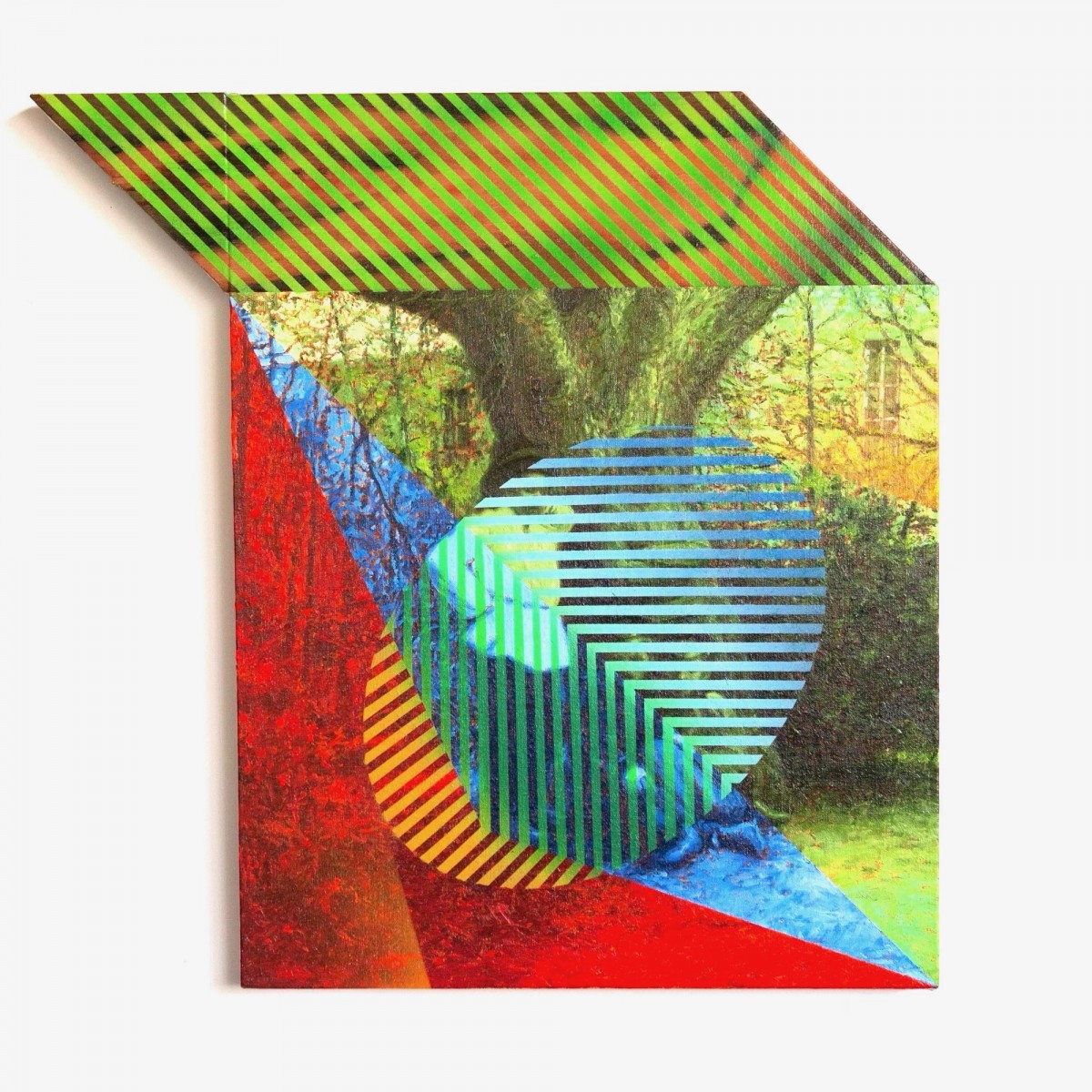 Ro2 Art is proud to present Edgar Cano: SOUTH/REALISM/X, an exhibition featuring new works by the established Mexican painter. The show will run from November 20, 2021 through January 8, 2022. The exhibition will open with a reception at Ro2 Art in The Cedars, located at 1501 S. Ervay St, Dallas, TX, 75215 and will take place from 7-10 PM.

Edgar Cano uses a blend of abstraction and realism to explore the boundaries of memory and heritage. Cano’s work is influenced by dance and theater from his time using drawing and lithography for set design. His compositions recall 19th century portrait painting, yet the realistically rendered figures become smeared, obscured behind pattern or hyper-pigmented veils. They hold hidden, playful symbols. Landscape and figuration become windows surrounded by high-chroma fields and rhythmic geometry.

Figurative Preciousness in the proceeding, not in essence; the body is the axis of my strokes, with its roots and fictions invented in its own drama.

The events of ordinary life get expanded through the pigmented micro-mirror of the canvas; the painting, as a surface of reflection, reproduces the intersection of interpretation and personal experience, becomes the support for metaphors, unfinished speeches, and theoretical alloys that complement each other only by being in front of the observer. I use irony and the lack of sense of things to create a reflection that converges with the visual heritage of modern society.

In more than fifteen years of art production, he has been distinguished and awarded in various national and international competitions, among these: Acquisition prizefor the III Biennial of Visual Arts of Veracruz (2016) two-dimensional category, acquisition prize of the XVII Biennial of Painting Rufino Tamayo (2016), the award for the IX Biennial of Painting Alfredo Zalce (2014), the award for the IV Biennial of the Southeast in Chiapas (2005), finalist in the I International Biennial of Drawing in Tijuana (2006), prize for the XVII José Guadalupe Posada National Engraving Contest (2010), selected twice by the Takeda Biennial (2008 and 2012), among other mentions.