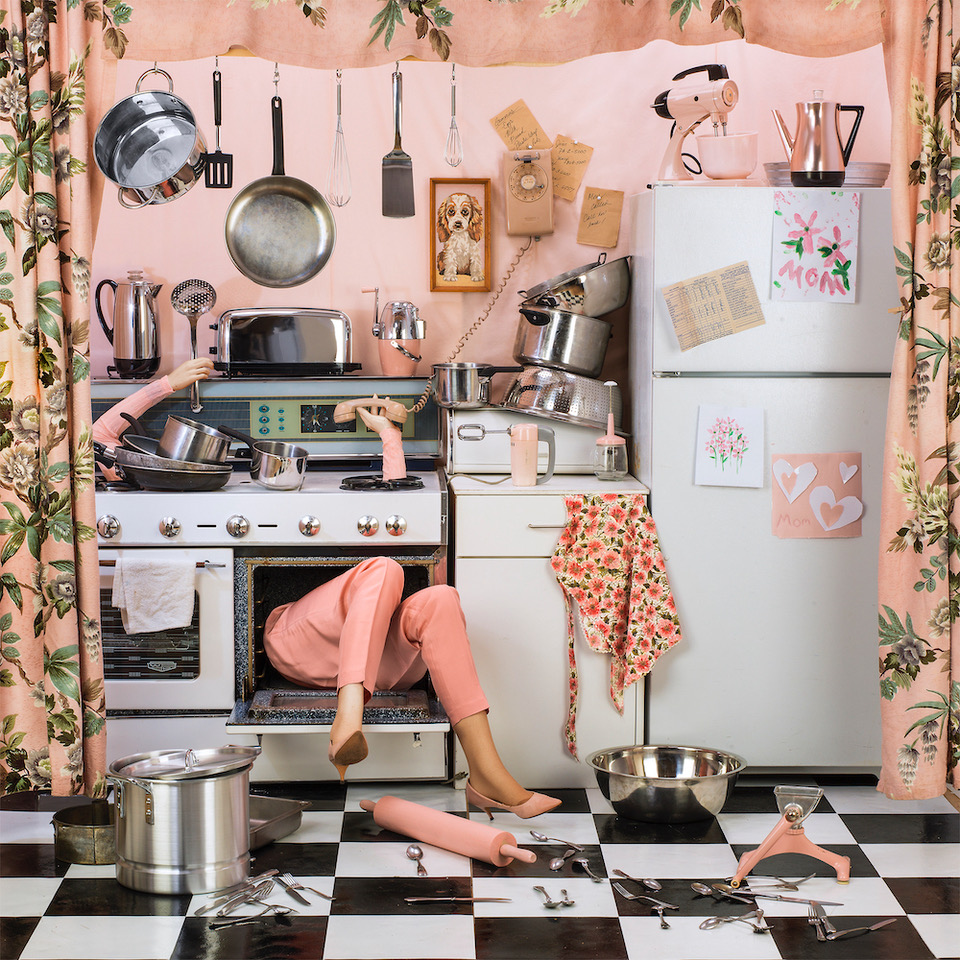 PDNB Gallery features two solo exhibitions by gallery artists, Patty Carroll and Bill Owens. This will be the first solo show for Patty Carroll, who is based in Chicago, Illinois. Bill Owens has had a large presence in the gallery since the early 2000’s, when we first featured his groundbreaking series from the early 1970’s, Suburbia.

The images are mostly humorous, but sometimes terrifying. Overall, we reflect on the past and current defined roles of the Suburban woman.

Speaking of suburban culture, Bill Owens (b. 1938, San Jose, California) was the early documentarian of suburbia! In the late 1960’s, this photographer had an epiphany to document America’s movement into the suburbs of northern California. He made a list of what he wanted to document, i.e. a Tupperware party, shag carpeting, a newly minted home with a few pieces of furniture, a family barbeque, a new lawn being rolled out, Christmas decorations, overview images of cul-de-sacs, New Development billboards, and July 4th block parties and parades. These photographs were included in the seminal 1971 publication, Suburbia, which became an important sociological study and photography series that launched Bill Owens’ art career. In 2001, Suburbia was included in the list of 101 most influential photography books published in the 20th Century.