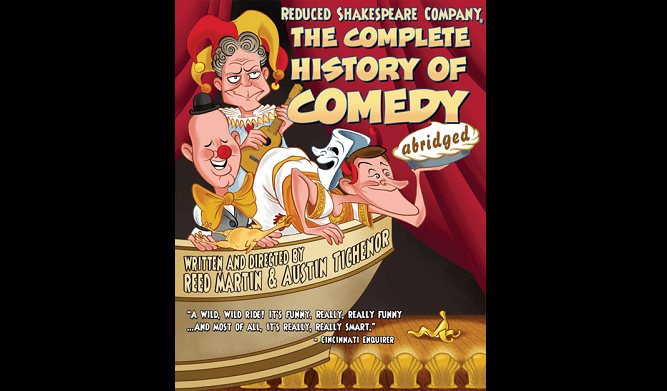 How do critics describe everything in a way to make it sound unfunny? (“First of all, the premise is weak. No one would ever believe that a baseball team would actually have a first baseman named “Who.”)

Why, in fact, did the chicken cross the road?

Tickets to The Complete History of Comedy (abridged) are far more affordable than tickets to an amusement park, but you’ll come away with the same feeling of nausea and motion sickness. From cavemen telling “Rock Rock” jokes to Chris Rock and everything in-between, the bad boys of abridgment leave no joke untold as they deconstruct the entire history of comedy in 90 rollicking minutes.

WARNING! SIDE-EFFECTS MAY INCLUDE UNCONTROLLABLE MILKING AND PAINFUL RUNNING GAGS.