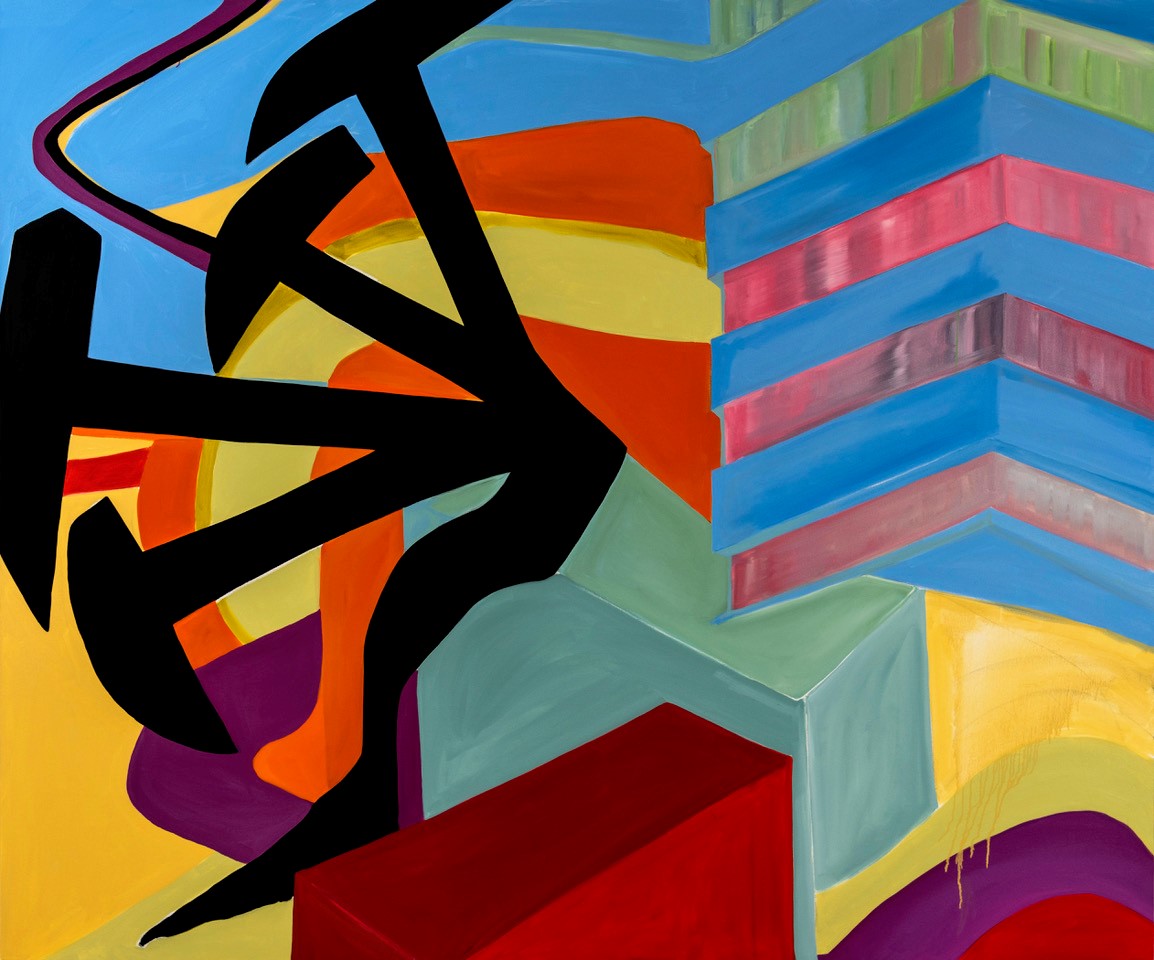 Marian Ichaso Lefeld: Tierra de Gracia at the Latino Cultural Center showcases a selection of large-scale paintings that represent her perspective on the Venezuelan Modernist utopia resulting from the 20th-century oil boom. Primarily using oil on canvas, the artist depicts abstract images through bright colors and geometric figures to evoke her memories of coming of age in Caracas. Her paintings recall historical images of oil wealth and exploitation in Venezuela, including the first plan of Caracas drawn in 1578, the National Theater built in 1905, and the famous oil well that exploded in 1922, El Barroso II. Ichaso Lefeld’s recent paintings reflect on the contradictions of Venezuela--representing both its development as a modern state but also its social and economic collapse brought about by the past decades’ so-called Bolivarian Revolution. Throughout this exhibition, Ichaso Lefeld conjures the memory--both historical and personal--of her home country, the Tierra de Gracia.