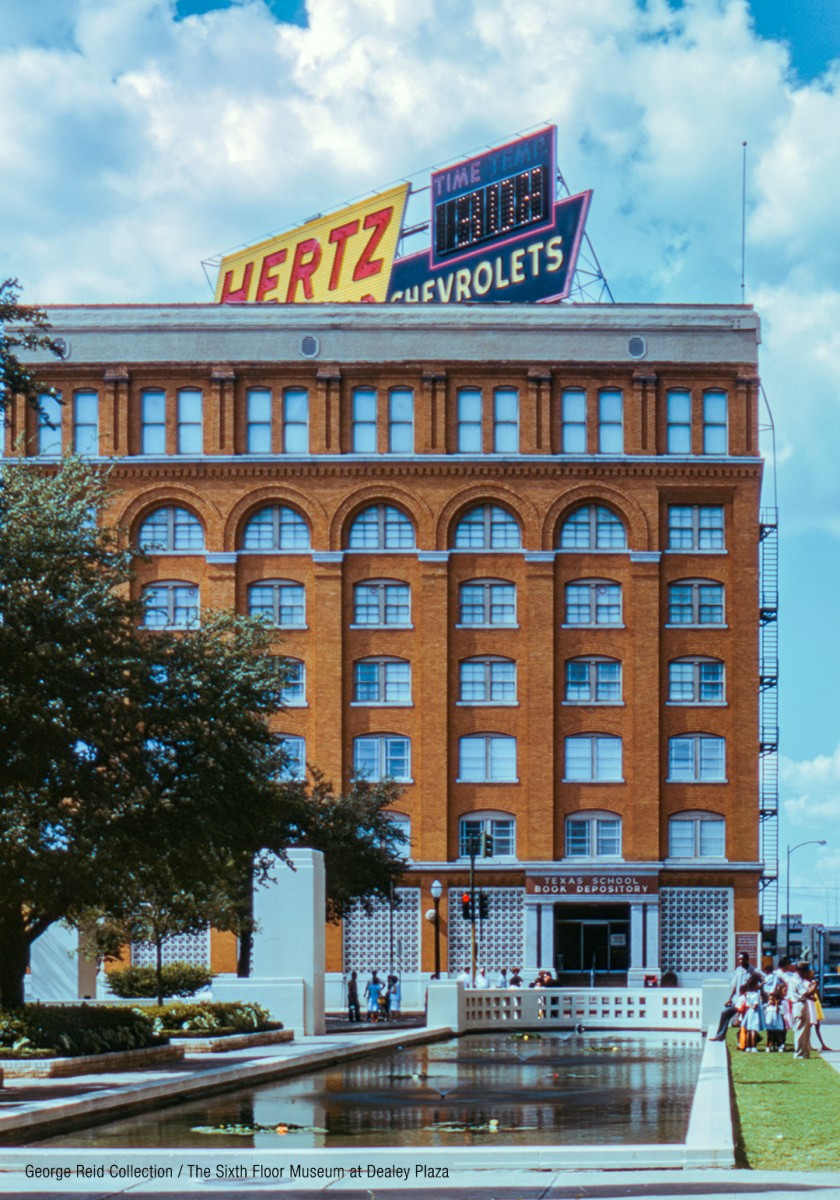 Fragments presents architectural elements from the historic Texas School Book Depository building that explore the building’s 120-year history. Most famous for being the site of the assassination of President Kennedy in November 1963, the building’s story began as a warehouse at the turn of the 20th century. It evolved into an administrative site for Dallas County and, finally, a museum that preserves the memory of the assassination, the legacy of President Kennedy—and their effects on the city of Dallas and the country.

The installation, presented in English and Spanish, is made up of 33 objects. It marks the passage of time from the building’s founding to its present, and by doing so, considers its future.