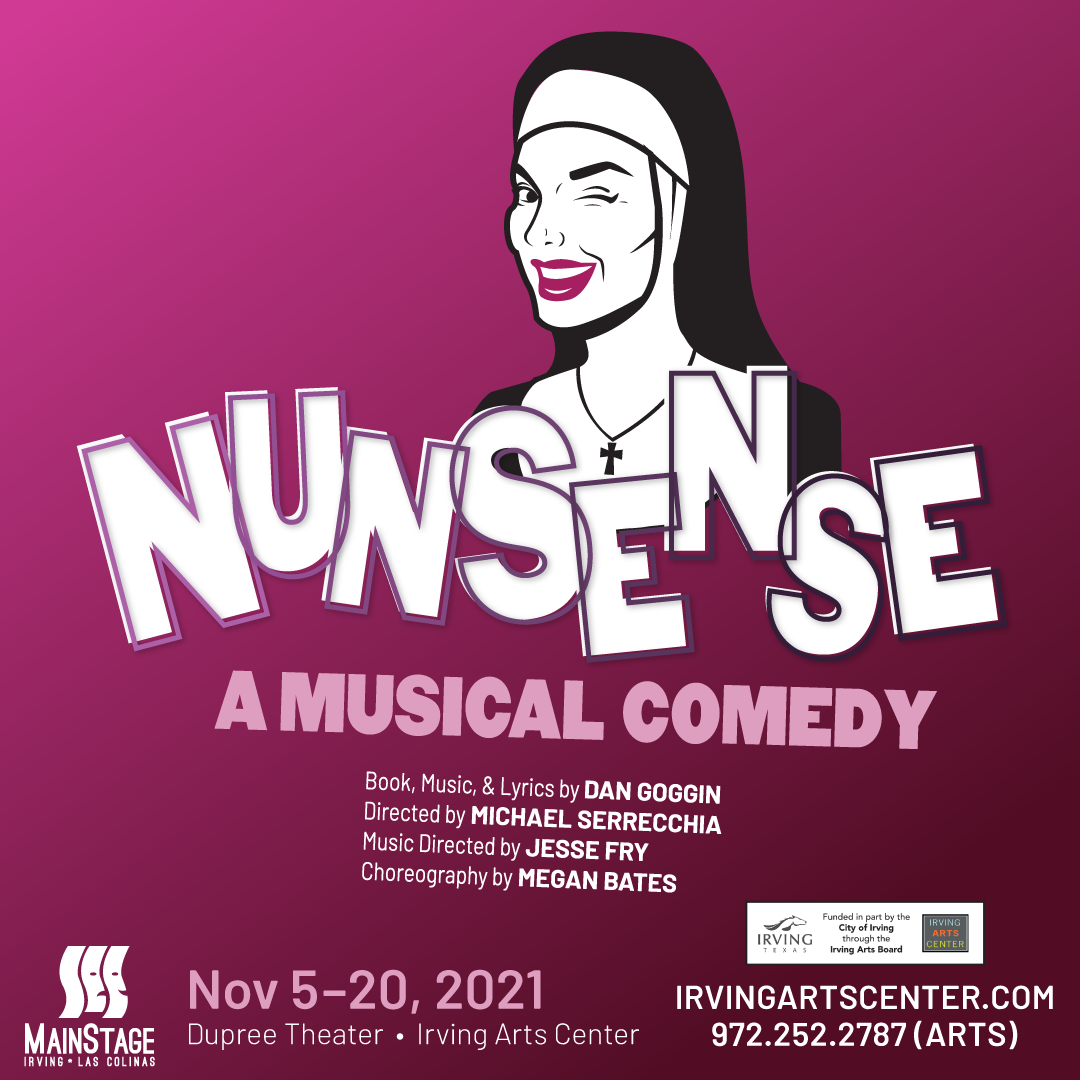 Directed by Michael Serrecchia, music directed by Jesse Fry and choreographed by Megan Kelly Bates, the musical will run November 5-20 in the Dupree Theatre at the Irving Arts Center. Single tickets range from $25-$32 and are also on sale now at www.IrvingArtsCenter.com. Patrons with ticketing questions should contact the Irving Arts Center Box Office at 972-252-2787.

When the Little Sisters of Hoboken discover that their cook has accidentally poisoned 52 of the sisters, the five remaining nuns decide to stage a talent show to raise the money to bury their dearly departed.

Join the Little Sisters of Hoboken (well, what’s left of them, that is) for a hysterically haphazard variety show to raise emergency funds for the convent. After a bad batch of Sister Julia – Child of God’s vichyssoise killed off fifty-two of the nuns, the survivors emptied the coffers to bury the deceased but ran out of cash before the last few bodies could be laid to rest (don’t worry – they’re in the kitchen freezer). Will their prayers be answered before the health department discovers their secret? With hilarious talent acts, tongue-in-cheek musical numbers, and help from the audience, Nunsense has blessed theatregoers worldwide for over 30 years and is sure to have you rolling with laughter! A heavenly delight that's sinfully funny!