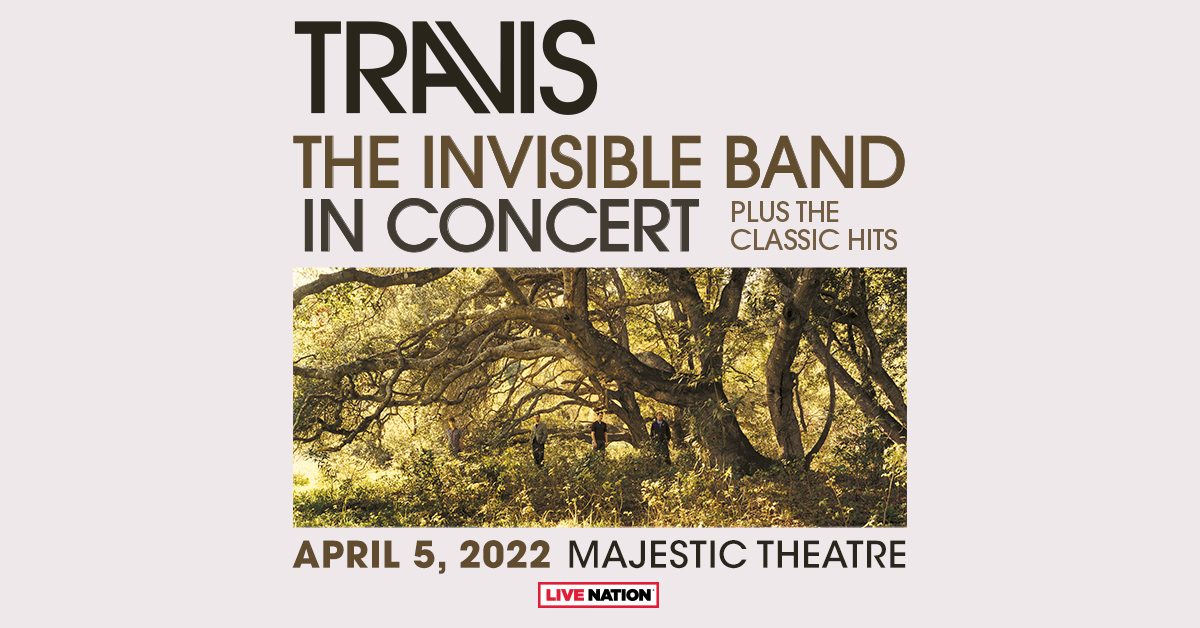 The Majestic is excited to have TRAVIS on our stage!

Travis are an alternative rock band from Glasgow, Scotland, comprising Fran Healy (lead vocals, guitar, piano, banjo), Dougie Payne (bass guitar, backing vocals), Andy Dunlop (lead guitar, banjo, keyboards, backing vocals) and Neil Primrose (drums, percussion). Travis have twice been awarded British album of the year at the annual BRIT Awards, and are often credited with having paved the way for bands such as Coldplay, Keane and Snow Patrol. They have released nine studio albums, beginning with their debut, Good Feeling, in 1997. Their latest album, 10 Songs, was released in October 2020.