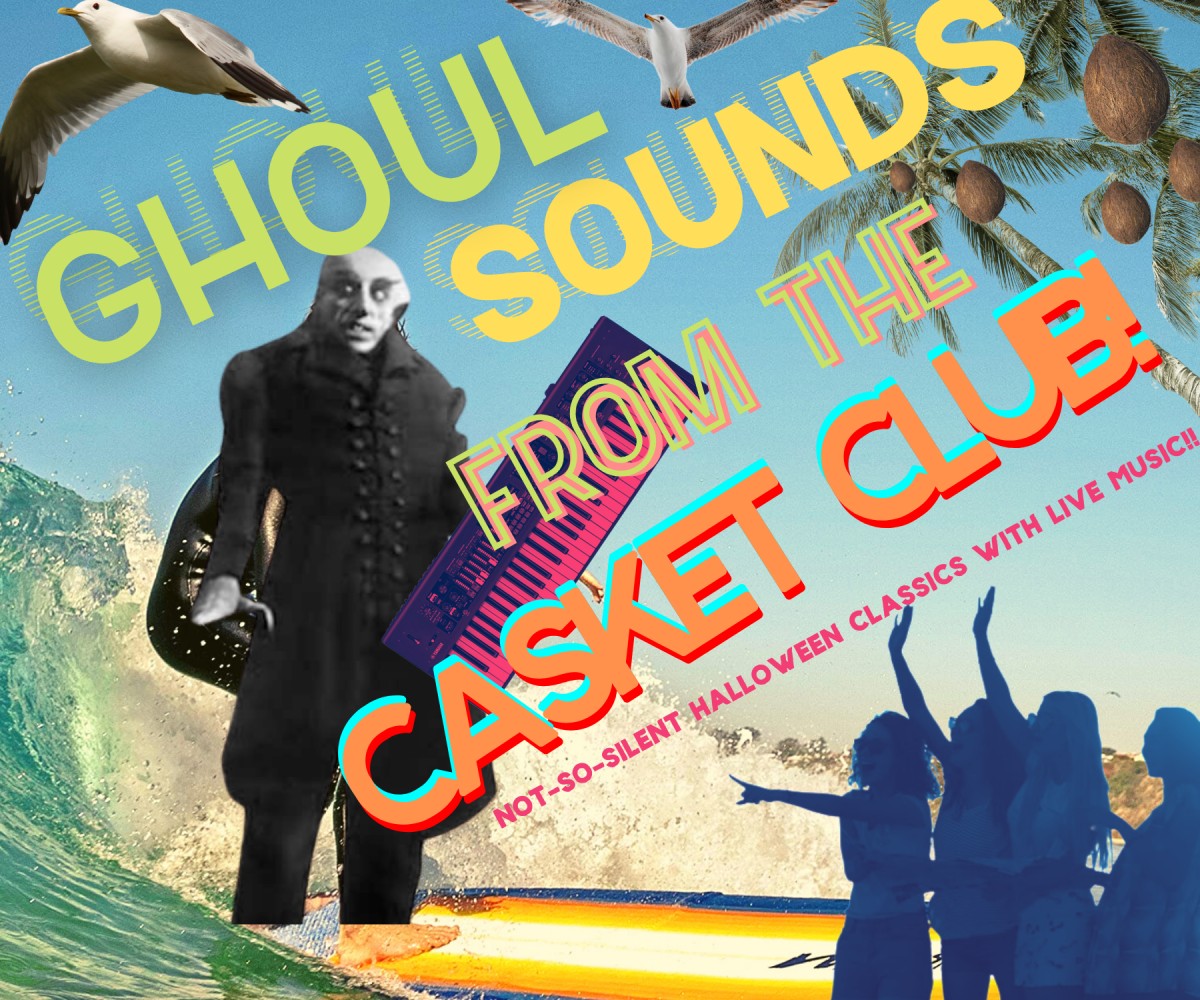 Ghoul Sounds From The Casket Club

Ghoul Sounds From The Casket Club
Thurs, October 21 at 7:30 p.m. - The Cabinet of Dr. Caligari

Bringing to life the wonder and spectacle of early 20th century silent film by infusing these masterworks with freshly improvised soundtracks, all performed live! Featuring a wide variety of eclectic acoustic and electronic instruments, the music eerily fuses "old" and "new" into an unforgettable sonic experience. Audiences will have a chance to view three iconic silent horror masterpieces: Nosferatu, The Cabinet of Dr. Caligari, and The Hands of Orlac alongside a live performance of a new, never-before-heard musical score accompanying each film! The events will kick off with a brief discussion of the film, followed by the concert and screening, and culminating with a chance for the audience to make their own wild sounds on the musical instruments!
Costumes strongly encouraged!

BYOB! Concessions will also be available for purchase. Single tickets are $16 OR purchase a Ghoul Pass for $35 which allows you to see all 4 performances!