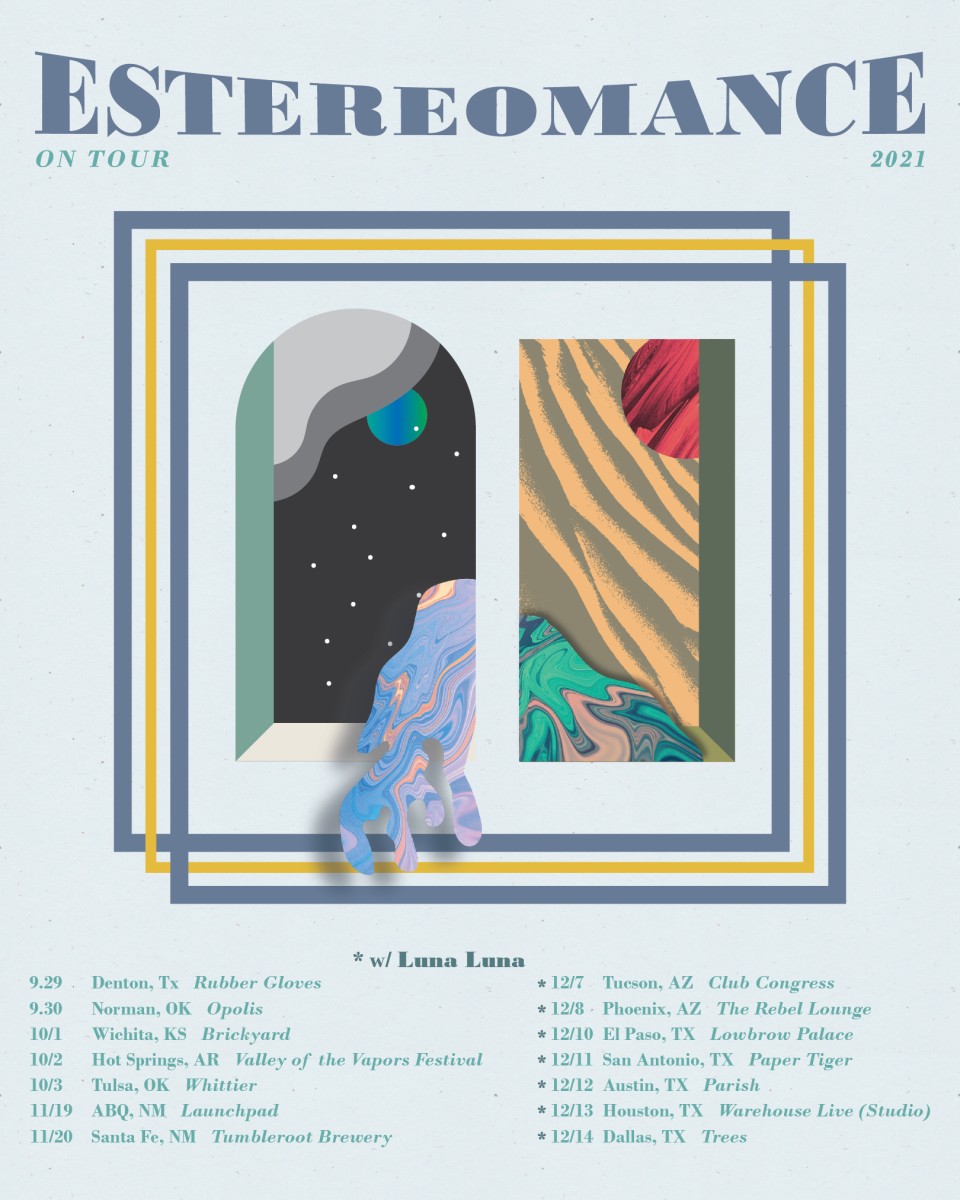 A virgin project conceived by producer Manuel Calderon (El Cosmophonico), along with multi instrumentalist and singer Adria Del Valle and renowned singer Paulina Reza in 2019 is known as Estereomance. A cultural hybrid of the border town El Paso, Texas and neighboring Cd. Juarez, Chihuahua, the budding group is the liberated voice of all the border emotions screaming to be heard.West Texas Soul Pop intermixes with the artists’ combined introspection, delivering an unheard global identity and sound. A purposeful discovery, the fusion of their musical paths bore a melodious arsenal of lyrical weaponry. Estereomance’s artistic fearlessness invokes sensitivities of emotional fibers reachable only by creative forces grounded in a perfect formula of soul and instrumental mastery. The music subtly dances its way into the marrow of consciousness, sending a message from the deep-rooted origins of the west Texas border towns.