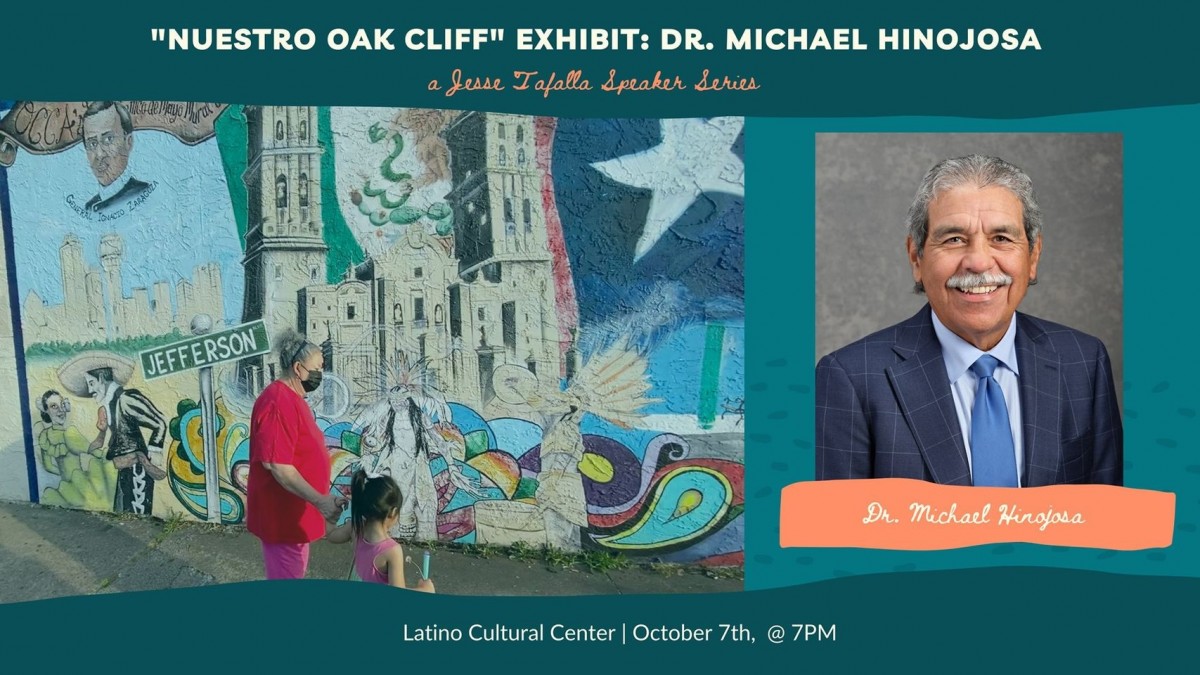 Dr. Michael Hinojosa, an Oak Cliff Native, will be in conversation with Adan Gonzalez (Puede Network) sharing his connections to the Oak Cliff Neighborhood and the impact it had on his trajectory.

This speaker event is being presented in tandem with the "Nuestro Oak Cliff" Exhibit and is an iteration of the Jesse Tafalla Speaker Series (Jesse Tafalla was a founder of the Dallas Mexican American Historical League. This speaker series was named in his honor when he passed away in 2012.)