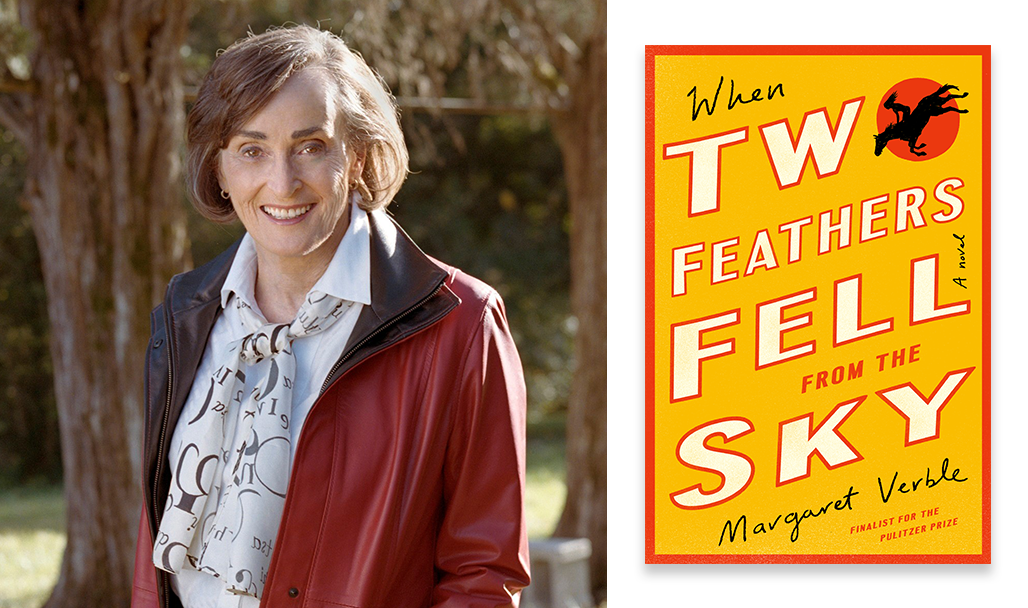 Louise Erdrich meets Karen Russell in this deliciously strange and daringly original novel from Pulitzer Prize finalist Margaret Verble. Set in 1926 Nashville, When Two Feathers Fell from the Sky follows a death-defying young Cherokee horse-diver who, with her companions from the Glendale Park Zoo, must get to the bottom of a mystery that spans centuries. A historic novel based on meticulous research, When Two Feathers Fell from the Sky is quickly gaining buzz as a “beautifully written story [that] will linger with readers." (Booklist, STARRED review)

Margaret Verble is an enrolled citizen of the Cherokee Nation of Oklahoma. Her first novel Maud's Line was a finalist for the Pulitzer Prize and her second novel Cherokee America was a New York Times Notable Book of the Year.

Live event Monday, October 25, 7:30 p.m. CDT. A recording will be available through November 8