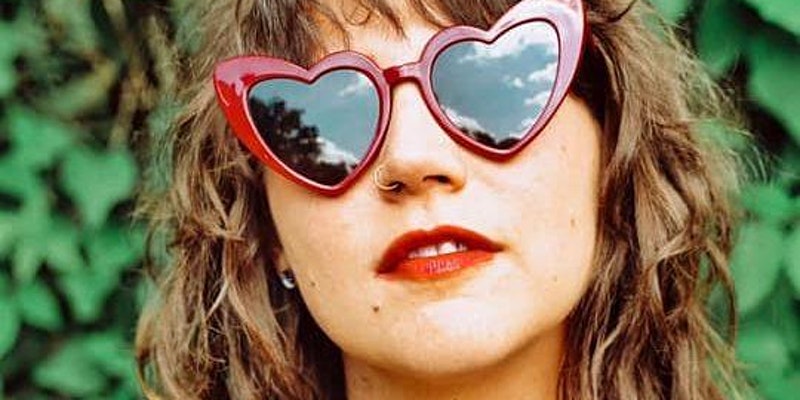 Sometimes it takes stepping away from what you know to gain a new perspective and appreciation for where you came from. That's the journey that Van Darien found herself upon after making the move from her home state of Texas to Nashville. After forging her path as an artist and enduring a slew of life challenges along the way, she became nostalgic for the people and places that she left behind. This deeply personal journey of growth, reflection, and discovery is the driving force behind her introspective debut record Levee.

Since first cutting her teeth in the Texas music scene as a teenager, her influences have been plucked from an array of genres, from country-folk icons like Townes Van Zandt and Guy Clark to edgy rock and indie acts like The War on Drugs and Metric. Each of these acts share a common thread of expert storytelling and lyricism that is audibly woven through Van Darien's own output.

A native of Weatherford, Texas, Van Darien grew up with both the ethereal beauty and seemingly inescapable isolation that are the age-old duality of rural country living. Her father ran a machine shop on her family's land, which was scattered with rusted out cars and pieces of scrap metal -- an industrial landscape where she first picked up a guitar, began writing poems, and started to develop her own sound. From there, she forged relationships with other like-minded artists in the Lone Star State and evolved her songwriting processes. She released her first EP Silent Sparrow in 2014, showcasing her earthy vocals and a gritty, organic, and soulful blend of Americana, alt-country, folk, and rock that were grown from the ground up.

In 2015, Van Darien made the trek from her home state to Nashville to help a friend move, not yet knowing that would be where a new chapter of her career would begin. After seeing an inspiring show from Margo Price, Brendan Benson, and several others, she decided to go all-in and permanently relocate to the Music City. That move would become a creative catalyst for her, creating a chain of events and experiences that would culminate in the tracks featured on Levee.

Listeners are taken through a journey driven by dreamy electric guitars, galloping percussion and Van Darien's singular, hypnotizing vocals. The thoughtful production efforts of Cooper and Tiner result in waves of incredible intensity perfectly placed alongside moments of quiet introspection. Each track tackles a different moment of the human experience, poetically presented through gut-punching lyrics.

"Twisted Metal", co-penned with Maren Morris during a visit to Nashville, uses clever imagery of mangled steel to convey the beautiful chaos of two people becoming intertwined. It’s a traditional love song at its core, filtered through Van Darien's own looking glass. “I feel like everyone can relate to wanting something, even though it seems crazy — especially in a relationship," she notes.

Album opener "Ponderosa," which she notes as her own personal muse, is all about longing for something just out of your grasp. Inspired by the urge to document those lyrics that can arrive as suddenly as they disappear, she conveys the mystery and importance of capturing those fleeting moments.

“Levee,” the record’s anthemic title track, explores the plight of the Great Depression and how to find solace in trying times. The sweetly swaying “Cardboard Boxes,” which was written by co-producer and partner Steven Cooper, is a nostalgic reflection on what we choose to bring with us through times of change.

This deeply moving collection of songs represents an artist unafraid to take chances while keeping a grip on the pieces of the past that led her forward. With Levee, Van Darien speaks from the heart, emitting an aura of grit and grace that will connect with anyone who have found themselves venturing down one of life's uncertain and unpredictable paths.