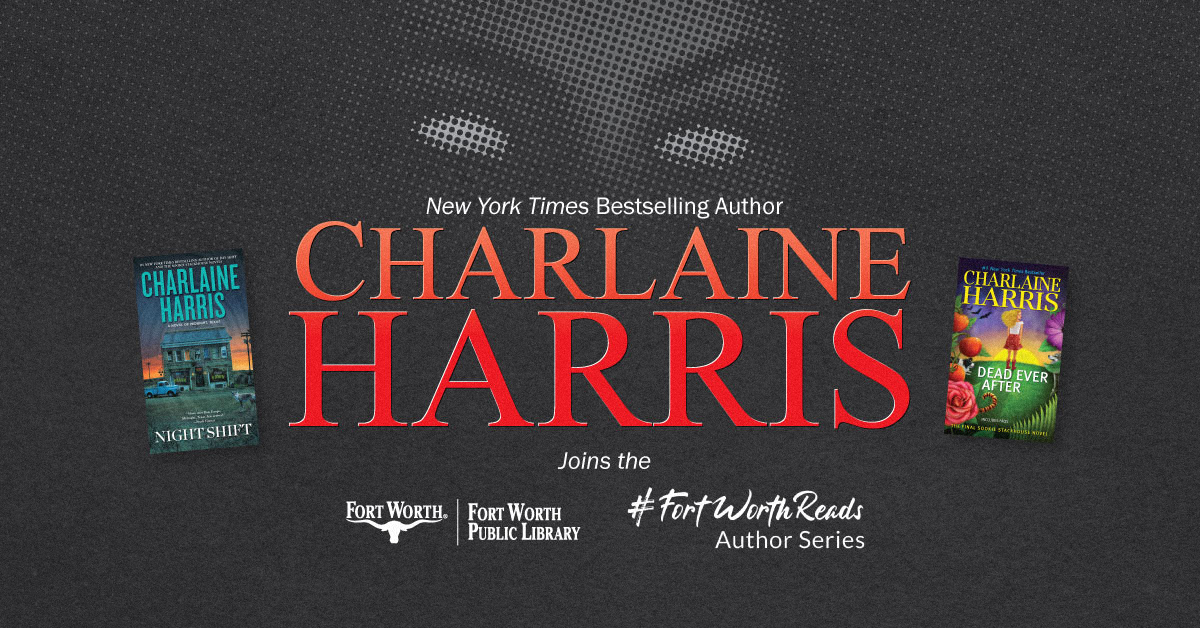 Author Charlaine Harris will discuss the creation and development of her popular characters, and about how the elements of a novel combine to achieve an overall atmosphere and effect during an after-hours event at the Fort Worth Public Library - Central. She will sign guests' personal copies of her books after her presentation. Doors open at 6:30 p.m. and the presentation is slated to begin at 7 p.m.

This year marks Charlaine’s 40th year as a published writer. She has written two standalones, and her series include the Aurora Teagarden mysteries, the Lily Bard mysteries, the Sookie Stackhouse urban fantasies, the Harper Connelly urban fantasies, the Midnight, Texas novels, the Cemetery Girl graphic novels (with Christopher Golden), and the Gunnie Rose books, set in an alternate history America. Charlaine has also written many short stories, and together with Toni L.P. Kelner she edited seven themed anthologies (and had great fun).

The television series “True Blood” was based on Charlaine’s Sookie Stackhouse novels. Hallmark Movies and Mysteries is still showing a series of movies created about the Aurora Teagarden character, and for two seasons “Midnight, Texas” was on the air. Two of her other series are in production.