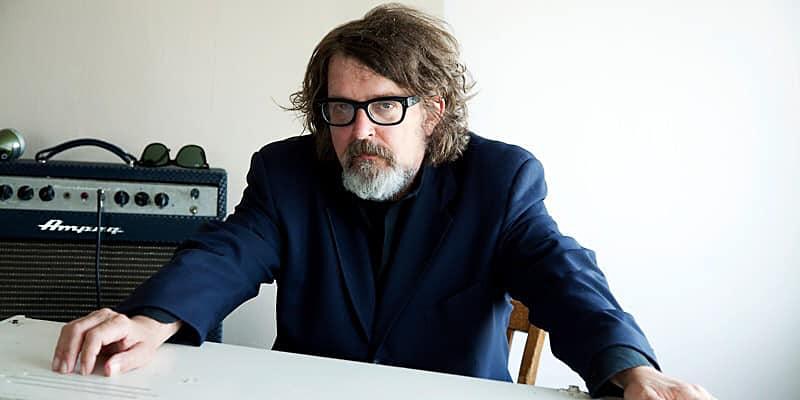 “The record is my attempt to capture the feeling I got on innumerable drives through the American night with the radio on,” said Peter Case, describing The Midnight Broadcast.

A concept album of traditional and contemporary material, The Midnight Broadcast was recorded in December of 2019 at The Old Whaling Church on Martha's Vineyard with producer, Ron Franklin.

“It's a tribute to the radio – a powerful force in our lives once upon a time,” said Case. “I still love listening to the radio.”

Case recalled being a kid, listening to a friend's Zenith shortwave radio: “We heard broadcasts from boats out on the sea and from people all over the world, coming in on the radio waves at night.”

The Midnight Broadcast opens with “Just Hangin' On,” a song Case wrote in a church, on the piano, when he was just 15.

“Some of the songs I go way back with, like 'When I was a Cowboy,' I played in a similar arrangement with a garage band in Buffalo when I was 14,” said Case.

“Other songs like Bob Dylan's 'Early Roman Kings,' which we performed spur of the moment, are newer to my repertoire,” said Case. “It seems to presciently describe the moment we're all living through now” The video clip for “Early Roman Kings,” was created by Case's daughter, Leah.

Case and Franklin – who added Moog and maracas to The Midnight Broadcast and had previously contributed guitar to Case's electric rock 'n' roll album, Wig! — were joined at the Vineyard sessions by Cindy Wasserman (vocals), Bert Deivert (mandolin, drums, vocals), Lee Fortier (harmonica), and Ross Johnson (as the DJ).

“It was great to have my friend Bert play on the record,” Case said of Deivert with whom he first performed in 1973 when they were teenage street musicians in San Francisco. Wasserman who often sits in as a vocalist with Case (he produced Bright Morning Stars for her duo, Dead Rock West) had most recently sung on his HWY 62. Case handled all the guitar and piano parts on The Midnight Broadcast.

A founding member of the groundbreaking independent trio, The Nerves, and former leader of LA powerhouse band, the Plimsouls, Case has since crisscrossed the world as a solo artist. American Songwriter called him “A brilliant wordsmith, gifted at spinning authentic stories in song,” and “a serious and sophisticated melodicist.” From his T Bone Burnett-produced debut to his Grammy-nominated Let Us Now Praise Sleepy John and beyond, Case's ability to deliver a song in unmatched style is equally appreciated by his contemporaries and each new generation of listeners who continue to discover him.

“Peter Case has shown he has the musical goods to be mentioned in the same breath as Phil Ochs, Dave Van Ronk, Liam Clancy and any of a host of stellar American folk voices,” said Sid Griffin, author of Million Dollar Bash: Bob Dylan, the Band and the Basement Tapes.

The Midnight Broadcast, released by Bandaloop Records on March 12, 2021, is Case's 14thsolo album.