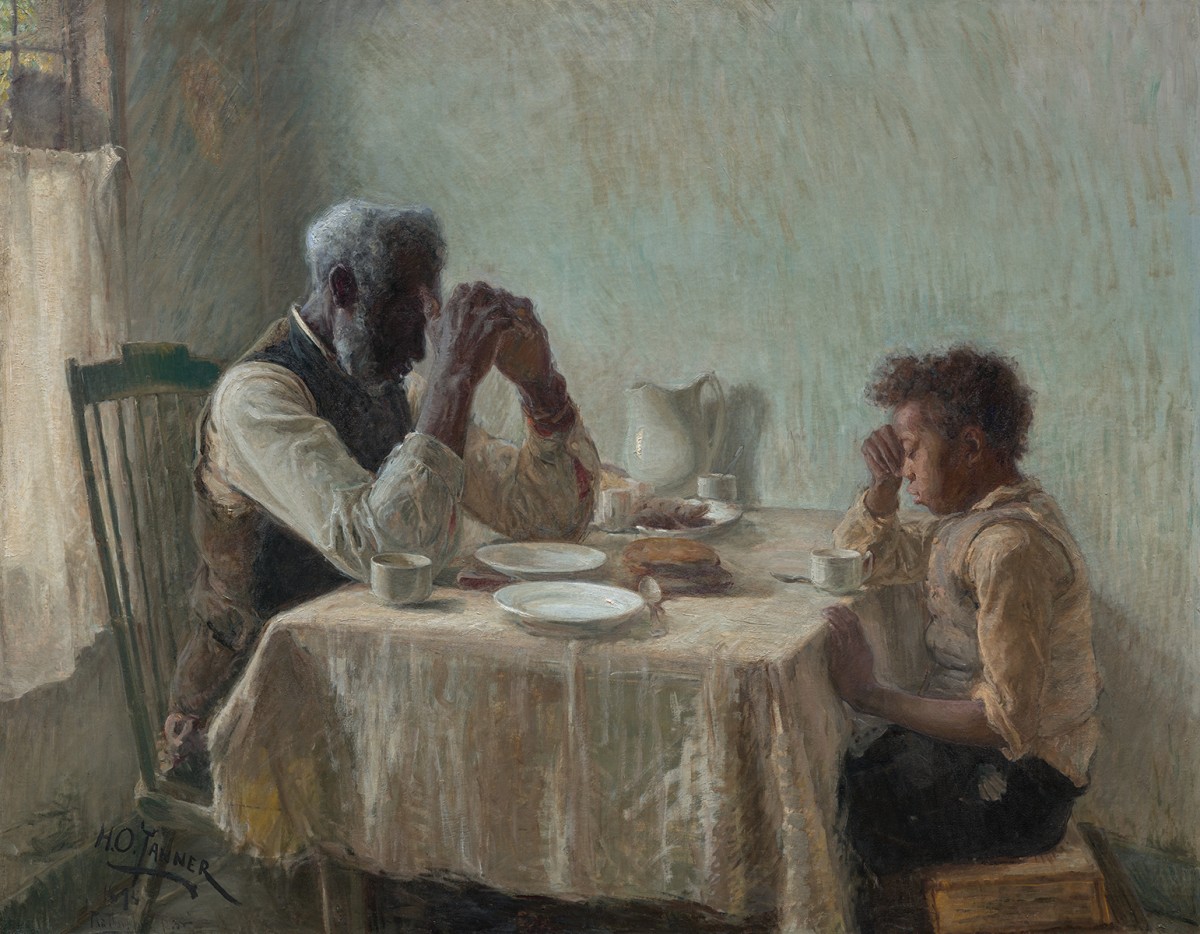 This installation pairs two works by acclaimed painter Henry Ossawa Tanner (1859–1937) that underwent a comprehensive conservation treatment and technical study by the DMA with generous support from the Art Bridges Foundation. The results contribute new insights into the practice of this important American artist. Born to a religious family, Tanner trained at the Pennsylvania Academy of Fine Arts and initially painted scenes depicting African-American life. Due to extreme racism and the professional obstacles he faced in the U.S., Tanner moved to Paris while in his 30s and turned his focus toward Biblical scenes, a theme from which he rarely strayed for the rest of his life and that established his legacy.

The examination of two paintings from the early and mature phases of Tanner’s career—The Thankful Poor (1894), on loan from Art Bridges, and the DMA’s Christ and His Mother Studying the Scriptures (about 1908)—revealed both common threads and significant evolution in Tanner’s practice. Discoveries include how Tanner pushed the limits of traditional techniques, his exploration of color theory and use of contrasting primary colors, as well as abandoned compositions within the canvases.