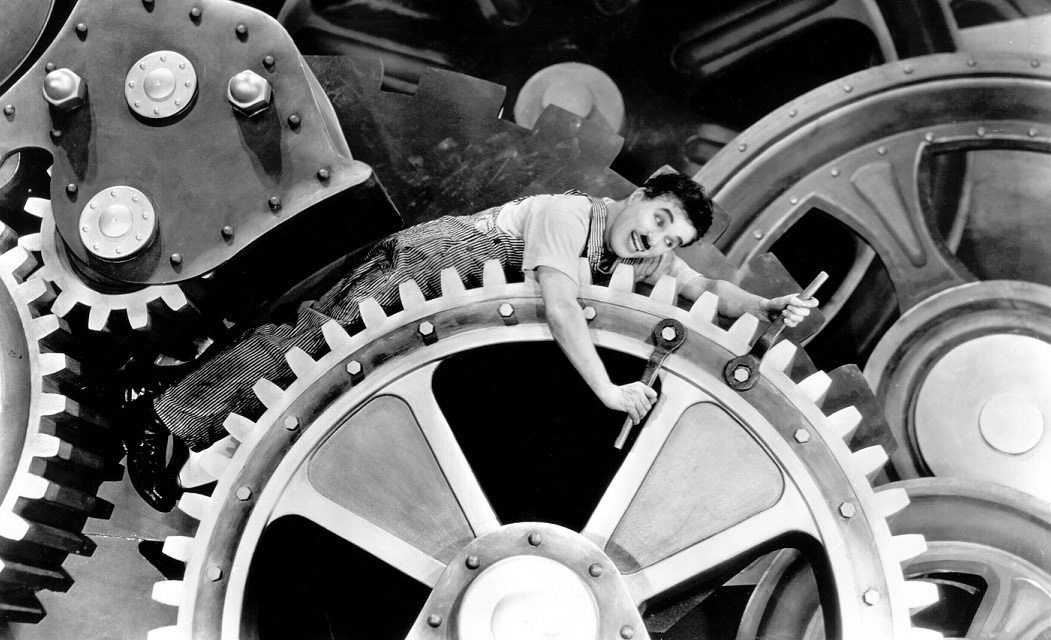 Fort Worth's newest Drive-In launches in October at Hip Pocket Theater.  The Rocket Cinema Drive-In will open with screenings of the comedy classics "Modern Times" by Charlie Chaplin and "The General" by Buster Keaton.

Modern Times is a 1936 American silent comedy film written and directed by Charlie Chaplin in which his iconic Little Tramp character struggles to survive in the modern, industrialized world. The film is a comment on the desperate employment and financial conditions many people faced during the Great Depression — conditions created, in Chaplin's view, by the efficiencies of modern industrialization. The movie stars Chaplin, Paulette Goddard, Henry Bergman, Tiny Sandford and Chester Conklin. It is notable for being the last time that Chaplin portrayed the iconic Little Tramp character.