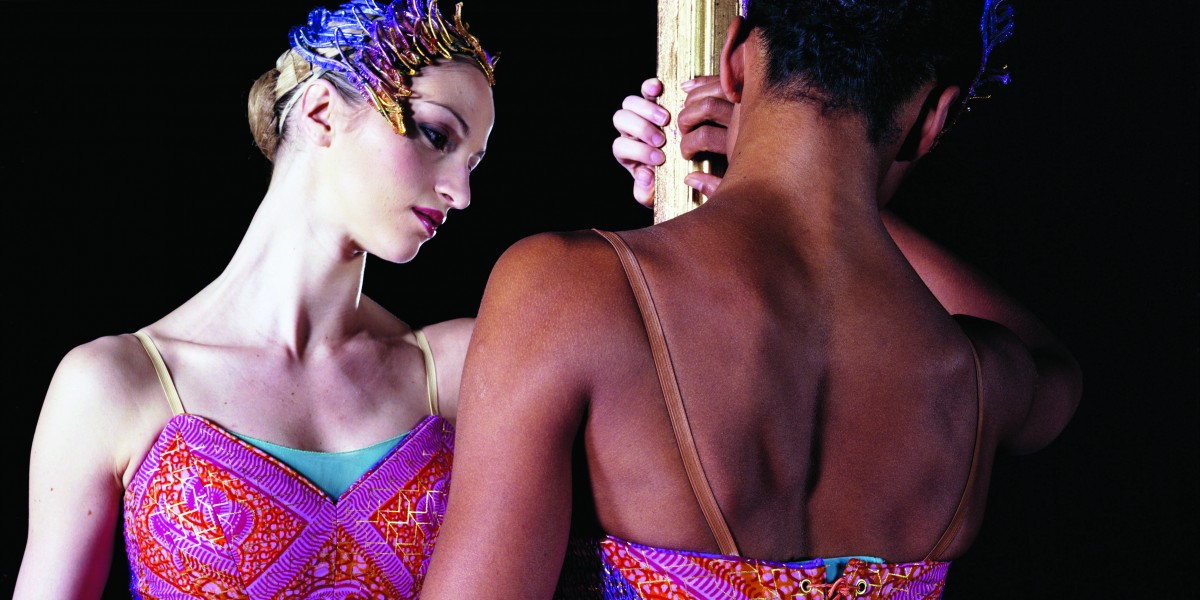 Yinka Shonibare’s Odile and Odette, 2005, portrays an account of Tchaikovsky’s famous ballet Swan Lake. The ballet tells the story of a prince who must choose between the good swan, Odette, and the bad swan, Odile. Traditionally, the two roles are danced by the same ballerina, with Odile in black clothes and Odette in feminine, finer garments. In Shonibare’s Odile and Odette, one black and one white ballerina dance the parts on either side of an empty gold frame, mirroring each other's movements. Both dancers wear pointe shoes and tutus of batik cloth, a fabric associated with the European colonization of West Africa. By editing the film so that the two women perform interchangeably, as equals, Shonibare nods to the fundamentally erroneous narratives that fuel colonialism and racism.  “The roles—one as the ego and one as alter—in my version are more ambiguous: you would not necessarily be able to tell who is the bad swan and who is the good one,” says Shonibare.